UPEACE donated 100,000 treelings in support of the President's call to plant 10 million trees in Somalia 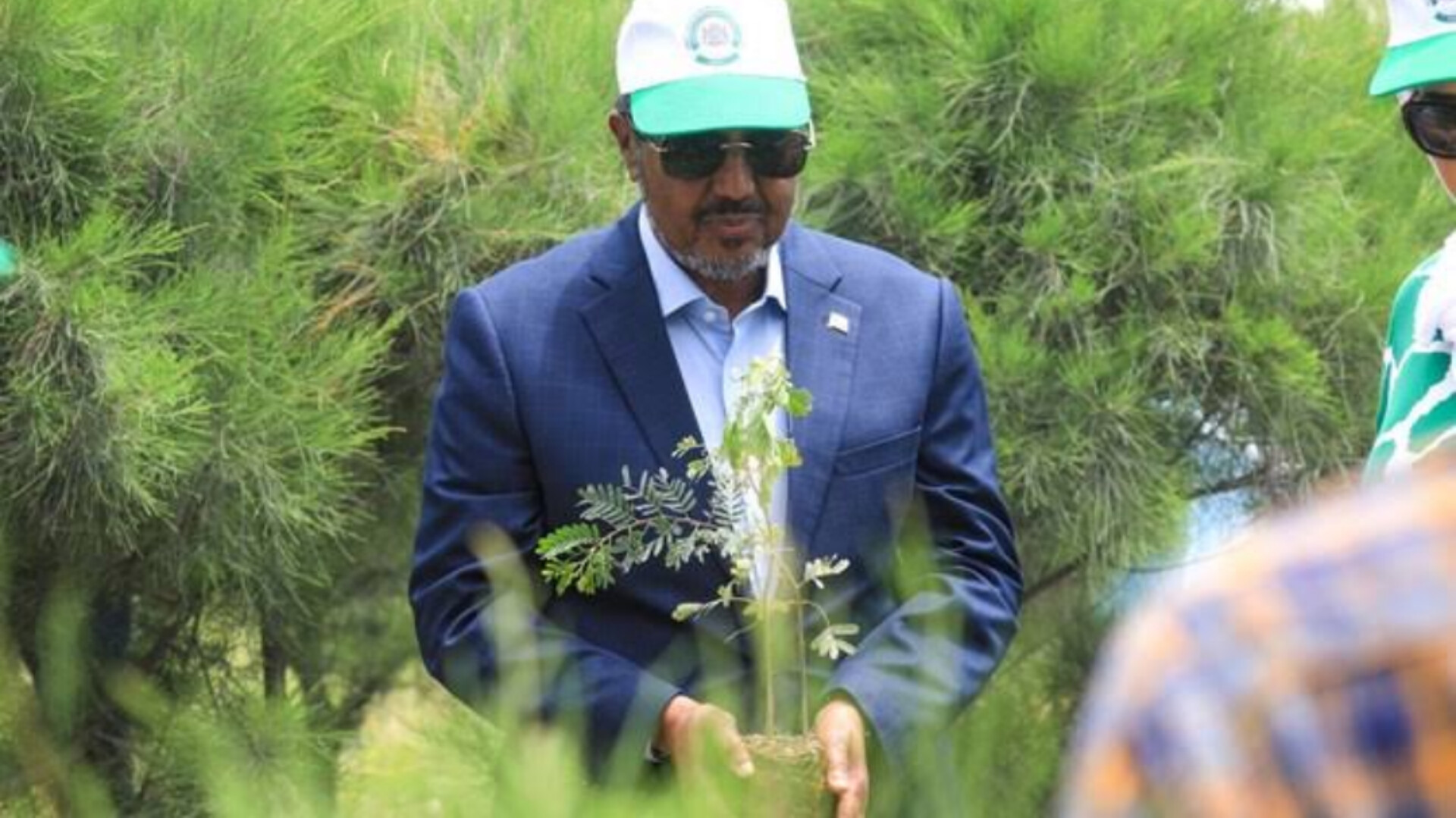 The trees which were handed over to the Ministry of Environment will be planted in Mogadishu to boost biodiversity and climate resilience in the Country.
UPEACE is the first organization to respond to the President’s initiative which was launched in October last year.

The project aims to plant 10 million trees across Somali to help in curbing deforestation amid devastating droughts. The Somali leader planted the inaugural seedlings of a Tamarind tree in Mogadishu.

“The primary aim of UPEACE was to promote peace and address conflicts. Climate changes are becoming the main reason for conflict among pastoralists due to the scarcity of water and pasture,” said Dr Mohamed Yussuf, UPEACE country director, during a ceremony held at Aden Adde Airport during the arrival of the treelings.

Upeace Somalia Country Director Dr Mohamed Yussuf (left) with Dr Said Mohamed Ali, the assistant minister in the Ministry of Environment while handing over the treelings donated by the University.

UPEACE’s effort in contributing to the Somali Government’s greening initiative is in line with AU’s “Great Green Wall”, which aims to restore 250 million acres of degraded land and bring security to one of the most impoverished regions on earth, stemming conflict and stopping mass migration.

In Somalia, multi-dimensional and interlinked aspects of climate change, land degradation and food insecurity hamper sustainable development, and famine remains a systematic risk.
Assistant minister in the Ministry of Environment in Somalia Dr Said Mohamed Ali, commended UPEACE University for the initiative to donate the trees.

“The donation will help us implement the President’s plan to have a hundred thousand trees planted in Mogadishu by December. Greening Somalia is a top environmental priority for the government, and it will go a long way in addressing challenges caused by Climate change,” he said .

Speaking at the graduation ceremony of @UPEACE, the United States (US) envoy to Somalia, Larry Andre' said education has the potential to make Somalia a better place. @US2SOMALIA https://t.co/AGrrHsTGOh

The minister noted that the Deforestation was a problem everywhere, but Somalia was suffer much more as nearly 2.5 million trees yearly are being cut imaking the country worse .