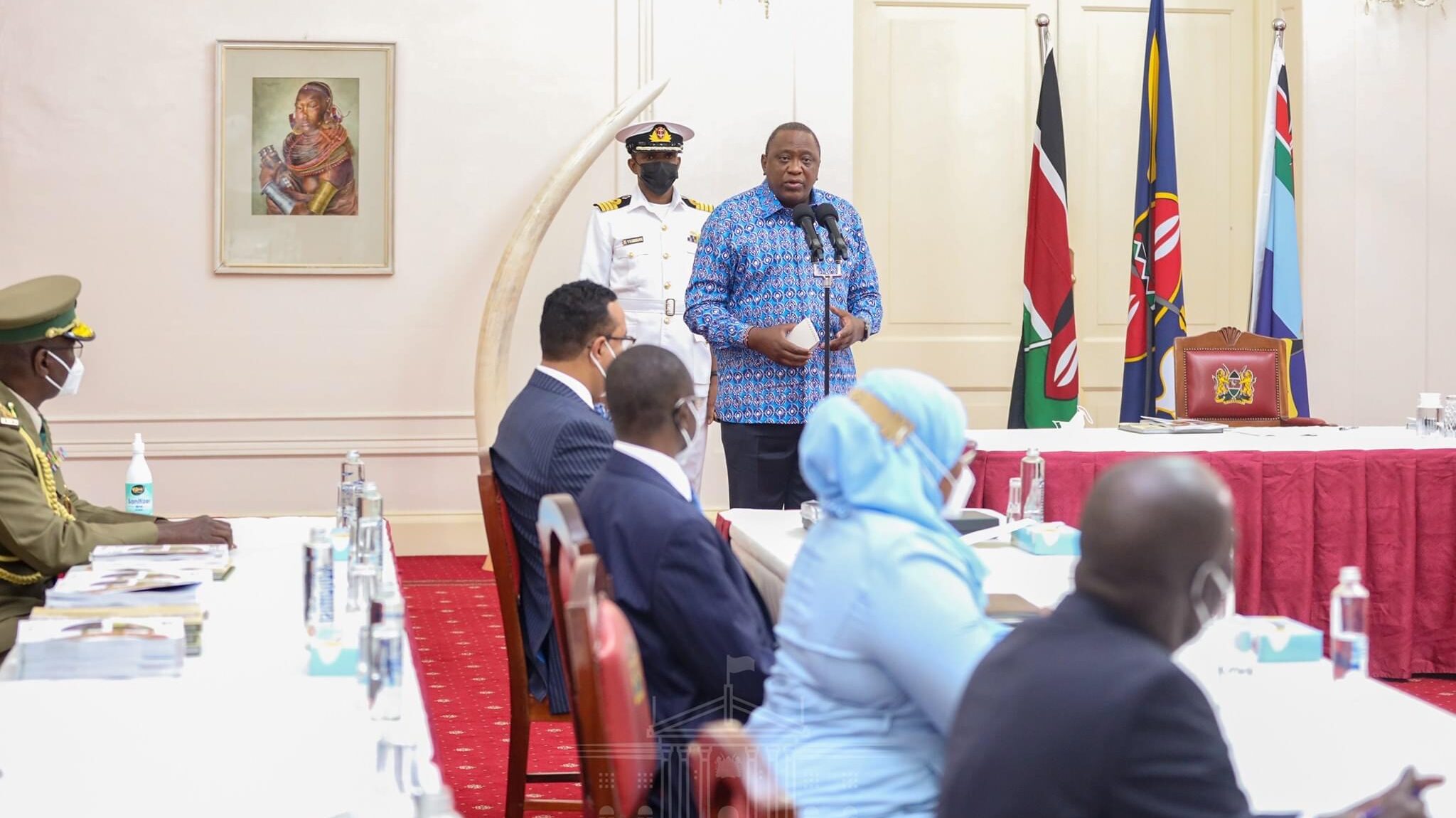 NAIROBI—President Uhuru Kenyatta has directed politicians from Northern Kenya to support his agendas and desist from the Hustler narrative. The meeting comes at a time when the region is warming up to William Ruto, a move catalyzed by the embattled Building Bridges Initiative and statement earlier last week made by Raila Odinga on the sensitive topic of budget-sharing.

In the meeting attended by over twenty elected and nominated leaders from the counties of Garissa, Marsabit, Isiolo, Mandera and Wajir, the president assured he would address pressing issues in the area. Uhuru only responded to the calls made by the leaders through , Cabinet Secretary for Finance Ukur Yatani, but was no pre-prepared.

“You could see that he ( Uhuru) was not ready to address the problems raised by the leaders but was only responding to them without laying down plans to see to its successful completion,” a leader who attended the meeting told Kulan Post.

According to several leaders who attended the meeting, the president was visibly angry that the region was tilting towards Ruto camp. In a harsh tone, he directed the politicians “to pull up their socks.”

“The meeting did not go as planned. The president did not listen to our problems but came with own agendas he expected the leaders to implement among them the strengthening of the UPYA,” one MP from Mandera  told Kulan Post in confidence.

However, nominated senator, Farhia Haji said the president did not talk about politics but his development plans for the region.

“He advised the leaders present to do less politics and focus more development agenda before the next general election,” she said.

In a move to scuttle Ruto’s influence in the region, Uhuru’s camp backed by allies of ODM leader Raila Odinga and One Kenya Alliance (OKA) principals last week announced a formation to be known as UPYA Movement, a primary political vehicle to chart the region’s 2022 political direction.

Leaders who included Cabinet Secretaries, Principal Secretaries, Chief Administrative Secretaries and elected leaders said the movement which has the backing of State will be the primary political vehicle through which Arid and Semi-Arid regions will engage in national political negotiations.

Addressing a press conference at Serena Hotel, Nairobi, Treasury Cabinet Secretary Ukur Yatani described UPYA movement as a grassroots-oriented and participatory drive established on the need by leaders of the ASALs region to be speak with one political voice on behalf of their electorates.

Duale, a close ally of Ruto, accused the national government of ignoring critical issues like the drought, food and water shortages and insecurity which is ravaging the pastoralists.

“The national government has a constitutional role to deliver timely service to its citizens, that includes the pastoralists of Northern Kenya and should do so immediately to avert the looming crisis instead of promoting political agenda that has no value addition to well-being of the pastoralist people,” Duale, who doubles up as Pastoralists Parliament Group (PPG) patron said in a rejoinder.

“The Government should not divert attention from the ravaging Drought, Insecurity and Marginalization facing our people.

Our brother Ukur as the Minister In charge of Finance must deliver to his people and not play politics,” he added.

Related Topics:dualemeetingState House
Up Next