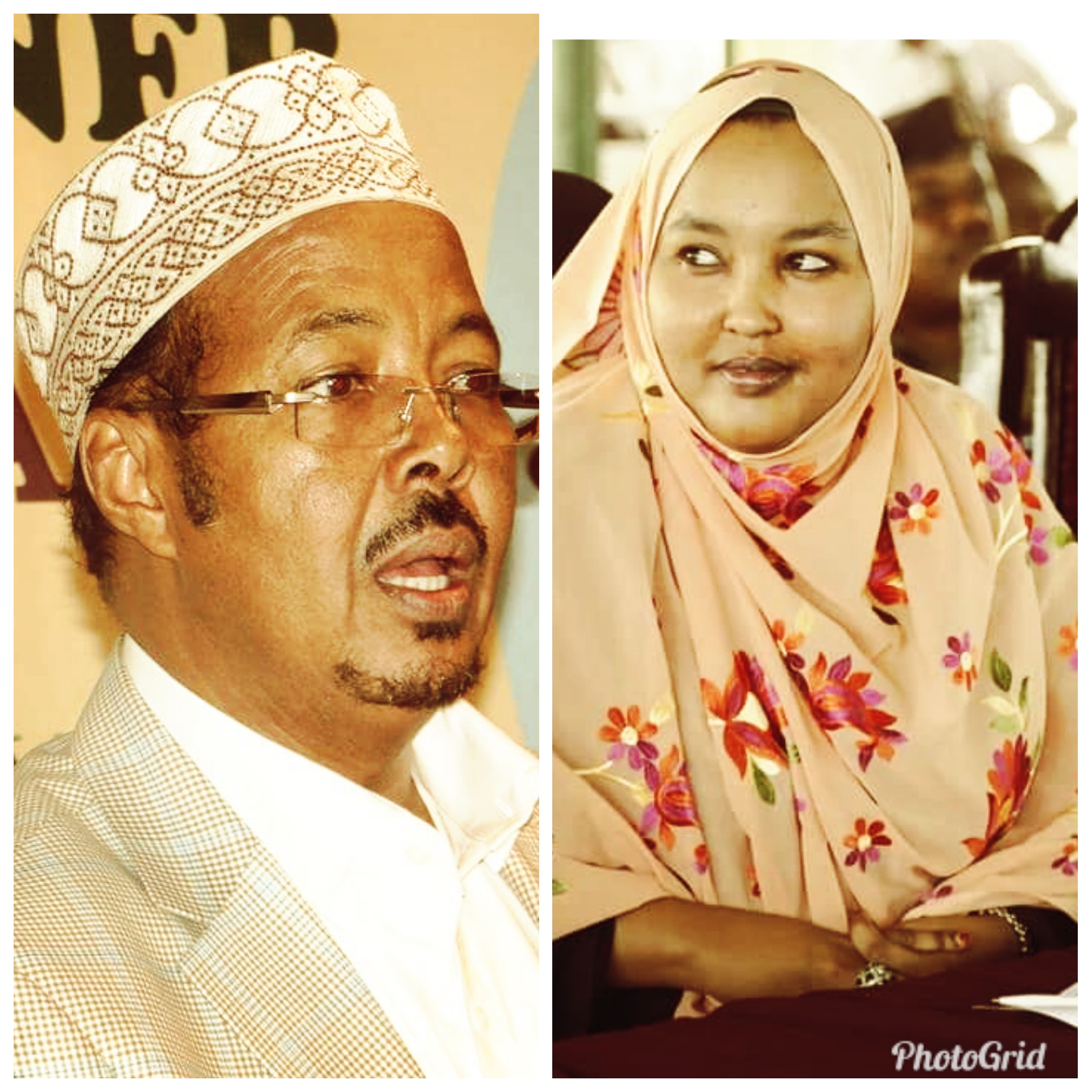 WAJIR—In the county right now, politics is on high gear—and it’s going into the fourth year since mid 2016 when the current governor, Mohamed Abdi declared his interest to vie for the top job.

Since then, the county—just like the rest of the country—was treated to a heated politics leading up the 8th of August.

When the country moved on, Wajir County gubernatorial poll losers went to the High Court to challenge the election victory of Mohamed Abdi Mohamud.

Ahmed Abdullahi and Ahmed Muhumed walk out of the Supreme Court building. (Courtesy)

Former governor Ahmed Abdullahi and PDR contender Ahmed Muhumed sought reprieve in the court, dragging their supporters along with them to the corridors of justice.

On 12 January, the High Court ruled in favour of the two petitioners, saying the governor did not have a valid degree and the election was replete with electoral malpractices.

While filing an appeal at the Appeals Court, the 1997 camp turned up in solidarity with their colleague, the governor.

The team ganged up and formed a formidable force in 2017 with camoflcamou backing from the former Wajir South legislator, Abdirahman Olow (2002) and the previous Wajir East MP, Mohamed Elmi (2007)

Speaking to Kulan Post, senator Kabreta said, despite his role as the legislature charged with oversight role, his relationship with the governor  sometimes blures his scope of work.

On the other hand are new legislators who joined the political leadership in 2017.

Mohamed Sahal is a student of Masters in Political Science at the University of Nairobi. A resident of Wajir, he said the new crop are seen as “aggressive individuals” to the chagrin of the 1997 crop who crowned themselves as kingpins of their respective constituencies.

“They are threat to the 1997 team because they challenged the status quo,” Sahal said.

Wajir West MP (left) with his North counterpart in past function. (Courtesy)

He added that 2017 team are challenging leaders like Aden Keynan and Mohamed Ibrahim who are considered kingpins in Eldas and Tarbaj constituencies.

“They work as team (2017) whenever there’s a problem they want to deal with,” Sahal noted.

On September during the administrative demarcation of Eldas and Wajir West by the former Regional Commissioner Mohamed Saleh, MPs Ahmed Abdisalan and Ahmed Kolosh gang  up to support the state report. Eldas legislator objected it, senator Kabreta ignored and the governor gave the event a wide berth.

This would not have been possible with the presece of former legislators (2013-2017) who played safe politics around Aden Keynan for fear of polical backlash.

During the former governor’s tenure, all legislators elected and nominated to the Parliament and the Senate as well as the Deputy Governor used to sing to his chorus.

They would follow his political direction, at times publicly disagreeing with the former governor during public holidays.

During President Uhuru’s maiden trip to Wajir in mid 2016, Keynan led the legislators from ODM, the party that sponsored them to Parliamen, to Jubilee.

In mid 2017, he paraded all the MPs, the senator and the county deputy governor at a press conference in Serena to denounce the then governor Ahmed Abdullahi.

” Keynan wanted to retain some of those legislators, but the electorates had another options in mind,” Sahal noted.

In Wajir North, Saney was unseated by Ahmed Abdisalan while in Wajir East, Abass Sheikh was defeated by Rashid Kassim despite running on a Jubilee ticket.

On May, the Women Representative Fatuma Gedi orgernised for a two-day medical camp in Wajir town. The county government objected to the event, saying they were not notified while suggesting that the event be held at the main hospital.

Fatuma Gedi clashed with the county officials, inviting the Cabinet Secretary for Devolution Eugene Wamalwa to officiate the event.

Unconfirmed report has it that Eldas MP and Mohamed Elmi tried to block Wamalwa’s visit saying the invite was unilateral and the ground was hostile to his visit.

Social media was awash the night before the event of fears that the Cabinet Secretary would skip the event.

At mid day, Eugene landed at Wajir International Airport to the shock of the new legislators who by now gained confidence to challenge the status quo.

Things have not been the same since then with political groupings emerging among the political leaders in the county.

With the absence of senator Kabreta, the 1997 team are expected to discharge one last salvo, perhaps to regain lost ground and send a message that indeed old is gold.

As the county awaits the Supreme Court judgement on the gubernatorial petition, it remains to be seen how “Team 2017” MPs will approach the more experienced and established “Team 1997.”

Related Topics:Wajir County.
Up Next