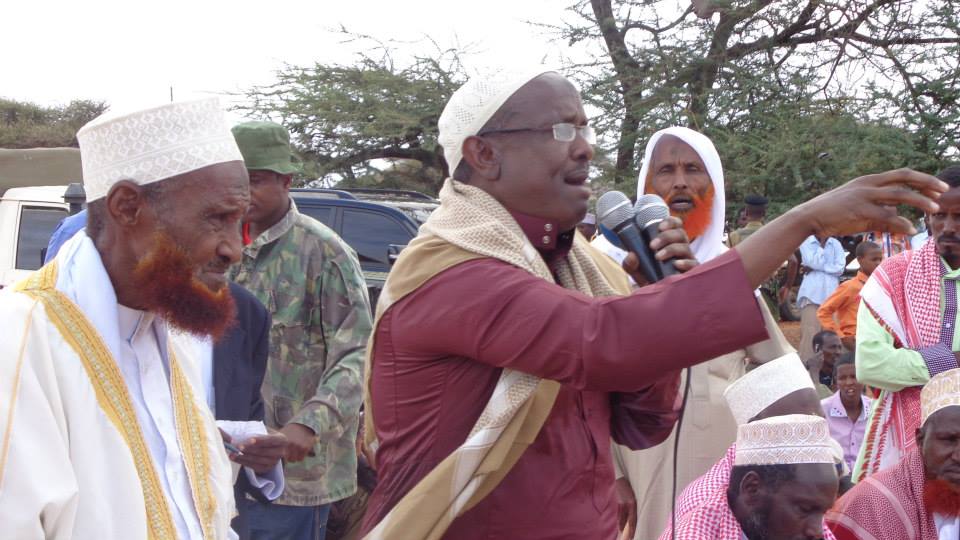 WAJIR—Wajir County has appointed a popular religious leader in Wajir to lead the war on terror as the area grapples with cases of mysterious killings during nighttime.

Although the county has not experienced any terror attack in relative to the scale of Garissa and Mandera counties, Governor Ahmed Abdullahi appointed Sheikh Mohamud Rashid as the anti-radicalisation counselor due to his moving sermons and charisma.

“Terror attacks and their heinous agendas can only be thwarted if we work with the state security apparatus and the only way to fight them is to set up a counter-narrative,” Ahmed Abdullahi said at Orahey grounds during Eid prayers.

The governor added that the cleric is charged with launching anti radicalisation campaign that will mainly target youths as he will explain the true meaning of Islam and Jihad as told in the holy Quran.

“Terror groups convince young people who have little educated to participate in terror by twisting the true meaning of Jihad in the Quran. We intend to counter this” Sheikh Mohamud said, adding that he would deliver on the mandate.

A the burial ceremony of a local chief shot dead by unknown assailants,  sheikh Mohamud disclosed that he was also a victim of such attacks, adding that he had to change residence quite often to save his life.

He stated that he would visit houses, schools and go to wherever he would find young people as he puts the true message of Islam across.