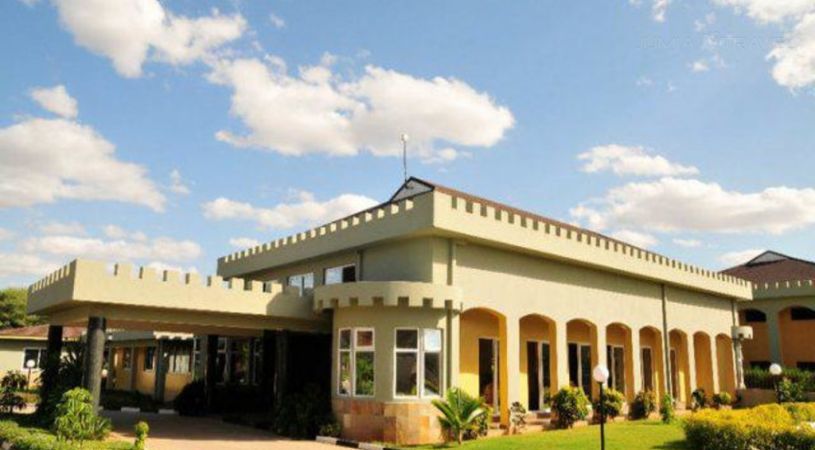 The entrance of Wajir Palace Hotel, formerly Wajir Hilton Palace in Wajir. The hotel is set to be feted at an event in Dubai.

NAIROBI—A hotel in Wajir is set for a prestigious accolade at the gulf mid next month for the second time in a year.

Wajir Palace Hotel was selected by the World Confederation of Businesses for the annual Bizz Awards. The award has been taking place once every year since 2005 when it was first held in Houston, Texas.

Recently the dinners have taken place in two different cities each year, one for the Europe, Asia, and Middle Eastern region, and one for the Western hemisphere. The dinner is also accompanied by a business fair, where organization members present their businesses. The fair is called the ExpoBizz business forum.

Last week, Jesus Morgan, Chief Executive Officer of the World Confederation of Business had written to the CEO of Wajir Palace Hotel Abdifatah Athar to attend the gala to be held at Burj Khalifa in Dubai where he would be awarded for the winner of the 2017 Bitz Awards.

“Your company had excelled in the following Business Excellence evaluation criteria as  set by the Evaluation Committee; Business Leadership, Product and/or Services, Quality Management Systems, Innovation and Creativity, Corporate Social Responsibility and Accomplishments,”  a mail from the agency seen by Kulan Post read in part.

Wajir Place Hotel was opened for business a decade ago. Located at a secure area of the town and close to the airport, the hotel has proved visitor’s top choice over the years.

The Global Trade Leaders Club based in Madrid, Spain awarded the hotel with International Hotel and Restaurant Quality Award at a ceremony that was held in Madrid at the end of January.

The Club honours the most outstanding establishments in the hotel, gastronomy and restaurant industries.

Abdifatah thanked the customers at the hotel, saying the progress experienced lately was largely due to client feedback and a challenge to continuously upgrade service.