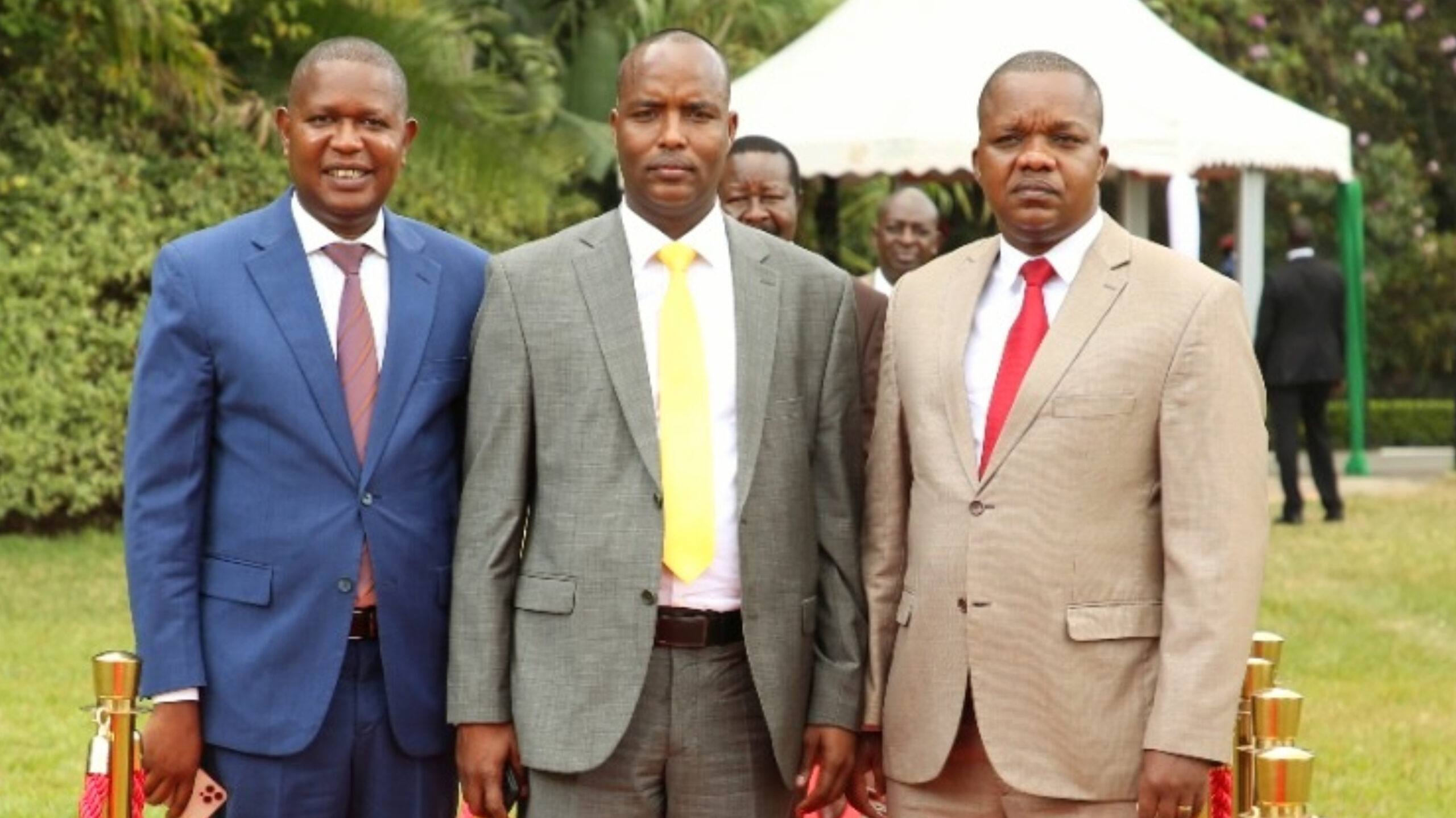 NAIROBI—As the push to find a lasting solution to the ongoing clashes between Somali camel herders and Kamba farmers gains momentum, the Tarbaj Member of Parliament (MP) Hussein Abdi met with his counterpart from Kitui East, Nimrod Mbai at the sidelines on the Cabinet Secretary’s swearing-in ceremony at State House.

In a statement, Tarbaj MP who’s among the leaders who vehemently criticised the situation in Kitui said the two talked about how to find a lasting solution to the reccuring matter.

“On the sidelines of the Cabinet Secretaries’ swearing-in State House yesterday, I engaged the Ukambani leadership on the recent grazing related conflicts. We reached an agreement that, sobriety and positive posterity mindset will be the guiding principle in resolving the conflict,” Bare said.

Mbai said the move to expel the camel herders from Kitui County and the accompanying comments that some said bordered on hate speech “was necessitated by frustration.”

As the ongoing drought pushes more pastoralists deep into areas where water and pasture for their livestock is available, conflict with the host communities is growing by the day.

In just less than a week, the farmers in Kitui and Meru counties have raised alarm over what they termed as “invasion” by the camel herders. The conflict also brewed between herders from Garissa and Marsabit.

On Monday, residents of Tigania East area demanded for the expulsion of the camel herders saying the animals were destroying their crops. One local woman died in the melee, a statement by the area police said.

The Meru incident was preceded by an incitement campaign led by the Kitui East MP, Nimrod Mbai who accused the herders of “killing the locals.”

On Tuesday, elders drawn from Kitui County called on their counterparts from Garissa to organise for a meeting to end the conflict piting the Somali herders and Kamba farmers

On the issue of border conflicts as a result of movement of livestock in search for pasture, the County Commissioner of Garissa Boaz Cherutich said that they will strengthen peace committees in affected areas so that they engage and sort out the issues before the conflicts escalate further.