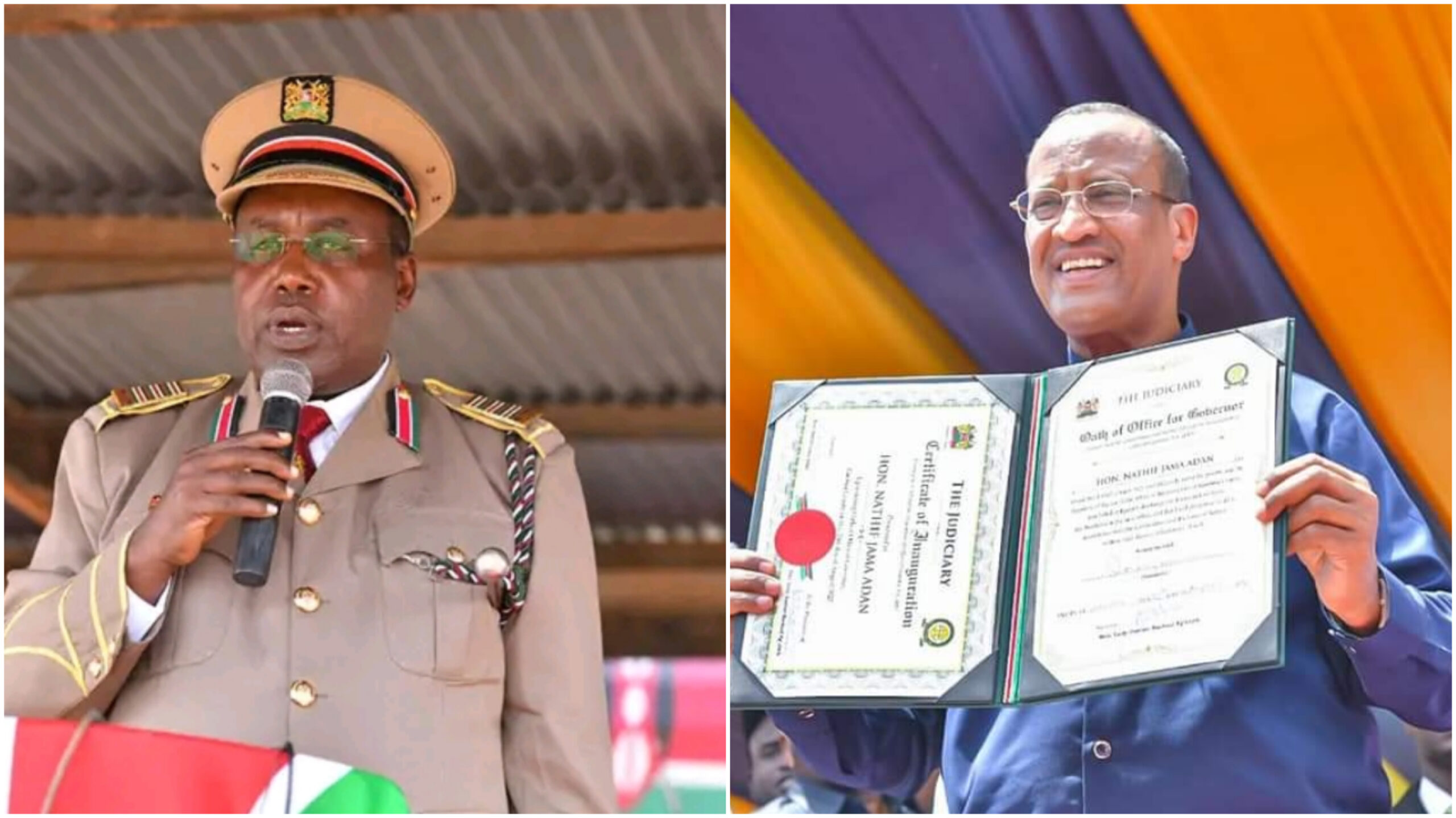 GARISSA—County Commissioner Boaz Cherutich has called on the new county government administration to work closely with the national government to tackle some of the challenges facing area residents.

While some functions were devolved to county governments, the national government has been implementing water and sanitation projects before handing them to the county at completion.

Garissa County has been faced with recurring drought over the years, and the national government has been distributing relief food alongside cash transfer programmes and water trucking to affected households.

“There is a myriad of challenges in this county and so it is important we work together to tackle challenges like water shortage, drought and other natural disasters. Just the other day, the government spent over Sh 191 million for the last mile connectivity project in Garissa,” he added.

The county commissioner further noted that the county needs a viable disaster management plan to help in speedy response to floods which has been a major challenge over the years, fire incidences among other calamities.

The previous county administration had challenges with working with the national government institutions in the county, where at some point they withdrew from the County steering group, which brings together all departments in finding solutions of challenges facing the residents and deciding the way forward.

One of the projects of contention between the two levels of government in Garissa is the Kenya Development Response to Displacement Impacts Project (KDRDIP) which is funded by the World Bank at a tune of Sh 10 billion to help communities where the previous county government wanted to take charge of the project.