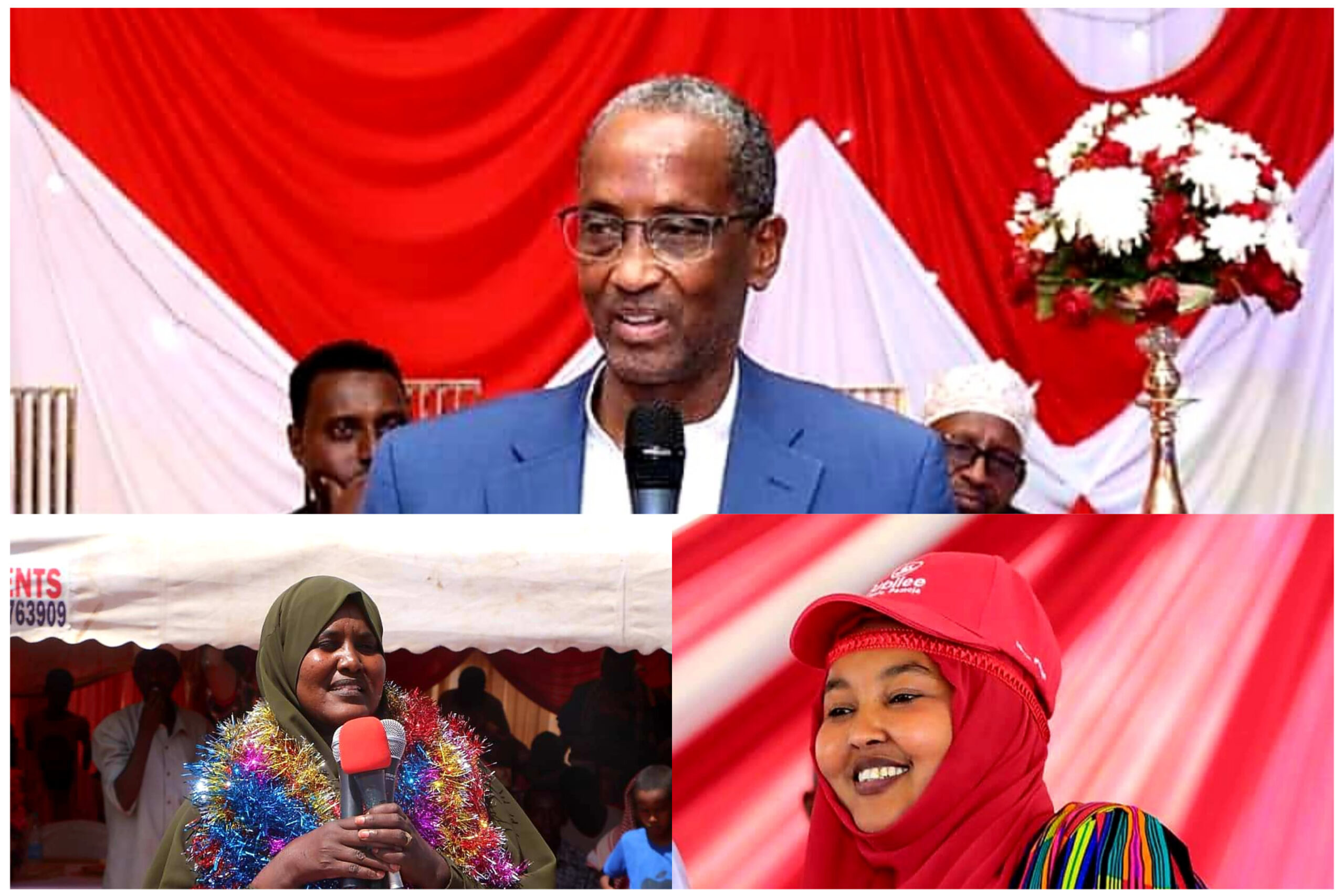 A quite number of the Fai Sultanate members want Fatuma to campaign alongside Dr Hassan while Keynan, with the backing of some Sultanate members and opinion leaders from the vote-rich Fai clan prefer Barey Diis. Wajir East MP Rashid Kassim is among the leading figures pushing for Fatuma nomination into the line-up—the last to unveil it’s make-up just three months to the August General Elections.

Adan Keynan urgues that he would only be able to declare his support and “sell” the Dr Hassan-led line-up if there’s a Jibrail candidate. Eldas, just like in the previous elections, is considered a swing vote of sorts since there’s no governor hopeful from the area.

Both Fatuma and Keynan, a political adversaries since 2018 and top Jubilee figures, have on their own rights influenced for Dr Hassan to clinch the coveted Jubilee party ticket against the incumbent governor Mohamed Abdi and Mohamed Elmi.

Abdi and Elmi have since declared that they would run on an independent ticket although the later sought to challenge Dr Hassan’s ticket win at the High Court.

Keynan has basically tied his reelection bid to delivering Barey’s inclusion into the Jubilee line-up in the hope that it will grant him a much-needed sympathy votes in Eldas at a time when he’s facing a multi-faceted rebellion largely stocked by the need for change of guard.

To express the degree of his earnesty, Keynan has severally threatened to pull his support out of Dr Hassan candidacy despite lacking a substitute team to support.

On the other hand, Fatuma Gedi’s proponents in the push-and-pull of things insist that her position as the incumbent and place in the Jubilee party hierarchy could ganer the line-up, particularly the gubernatorial candidate, the resources required to bankroll an expensive campaign threatened by a relatively stronger and competitive line-ups in the race to clinch Wajir’s top posts.

Although Keynan can contribute the same value Fatuma puts on the table, Dr Hassan campaign handlers believe the Eldas MP is using Barey factor as a bargaining power for his reelection bid.

“What happens after that? What if the rebellion against his reelection affects our chances?” Posed a member of Dr Hassan’s campaign team.

“We need a female candidate who we are comfortable with and not what Keynan wants,” the highly placed individual told Kulan Post.

In a meeting held at his residence in Wajir on Saturday, Keynan declined to name his preferred gubernatorial candidate when asked.

” We will talk about it when the time is right,” he stated.

During a meeting with section of Wajir voters at a Nairobi hotel, Barey said that: “Any gubernatorial candidate who won’t pick a Women Representative candidate from Eldas doesn’t have their interest at heart and we will not compromise on that.”