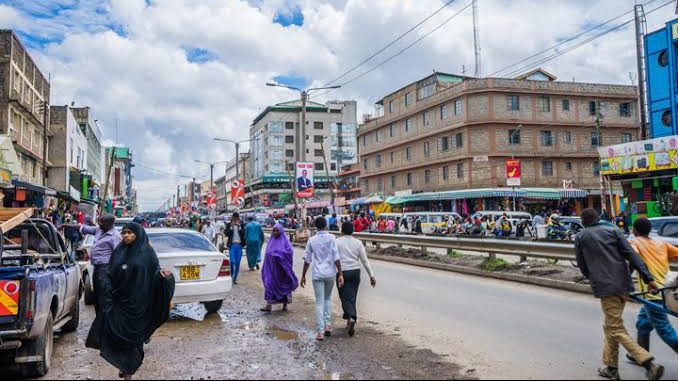 NAIROBI—Eastleigh is looking at a total lockdown after it emerged that most of this week’s positive cases of Covid-19 actually came from the area where business appears as usual.

On late Friday afternoon, the Eastleigh Business Community asked the traders and mall managements to close down their premises indefinitely effective Saturday as part of wider effort to contain the spread of the virus in the area.

“I welcome the decision of Eastleigh traders to close their businesses w/immediate effect as a necessary first step to contain the spread of COVID19,” Kamukunji legislator Yussuf Hassan said.

He added that: “This will allow a thorough review and reinforcement of the key public health measures aimed at fighting the virus.”

Although unconfirmed, it’s understood that five of the 8 reported positive cases reported on Friday emanated from Eastleigh.

“I believe it’s accurate data given how people are not taking the epidemic seriously,” a mall manager along 8th Street told Kulan Post.

On early Friday, the Interior Ministry wanted the area put under total lockdown to stop further spread of the disease. However, leaders and traders appealed to the Cabinet Secretary for Interior Dr Fred Matiang’i to halt the plan.

“The business establishments must strictly adhere to all the public health measures, including physical distancing, carrying out temperature checks at the entrances, providing water, washing basins, soap, sanitizers and masks,” the MP urged.

Mosques are officially closed, but few defiant Muslims could be seen praying in congregation; shoulder-to-shoulder without regard for distancing. Despite hotels and roadside eateries strictly insisting on take-away arrangement, Kulan Post has witnessed several hotels flouting the Ministry of Health rules by allowing clients to take their meals within the hotel. In one reckless incident at a hotel along the 10th Street, at least five people were seen eating from the same plate.

Last week, several people were traced to Garissa Lodge area. They had primary contact with a person who later tested positive. Security officers had to be called in to take them to a government quarantine facility for isolation and monitoring.

Local leaders now call on the government to begin mass testing in Eastleigh to avoid more casualties resulting from Covid-19.

“In tandem with the efforts of the community and the residents, we urge the ministry of health to prioritize and expand the
its mass testing exercise to Eastleigh Business Hub and also carry out a another disinfection and spraying campaign in the neighborhood,” MP Yussuf said.

On Thursday, 69-year old Abdullahi Yusuf Osman from Eastleigh was buried at the Langata Muslim Cemetery after succumbing to the coronavirus.

Interior CS Fred Matiang’i, said the government will ramp up enforcement measures without fear or favour to help curb the spread of the disease.

“Let me also say, especially in certain estates in Nairobi, from tonight, we are going to turn up the heat. Because from the reporting of positive cases today, you can tell the clustered estates which are giving us problems and estates which are likely to be hotspots shortly. All of them have got one characteristic: recklessness and disobedience to the guidelines that have been given by the Ministry of Health,” he said.

With Nairobi County leading in the number of infections, the Ministry of Interior and Coordination of National Government has already mapped out key areas where Ministry of Health guidelines are not being followed pointing to an increased risk of growing number of communal contagions.