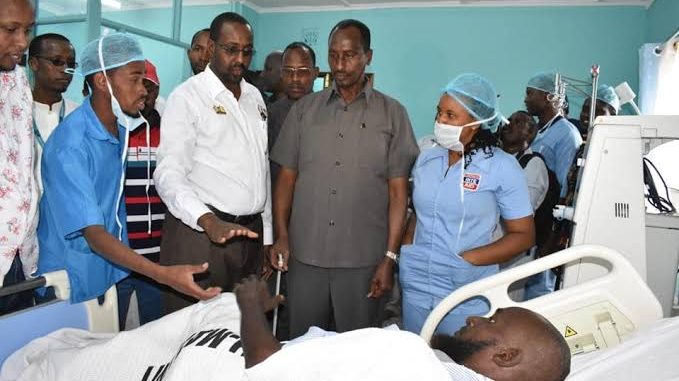 WAJIR—Healthcare in Wajir County is on the verge of crisis following threat by health workers union over unfulfilled pact.

Speaking in Wajir on Wednesday, the interim branch secretary of the Kenya Union of Nurses, Hassan Adan vowed to paralyze operations if their demands are not met before the set deadline.

Hassan directed all registered nurses with the union to down their tools as from 18,March,2020 if the county government fails to address their concern.

‘’We hearby issue a 14- days strike notice as from 3rd March,2020 following reluctance by public service board Wajir county government to promote and re- designate our members with different specialties,’’ said Mr. Hassan in statement seen by Kulan Post.

Thomas Nyagaka, the interim treasurer of the Kenya Union of Clinical Officers said he supports the move by the nurses, adding that the renal unit and other critical areas of the Wajir County Referral Hospital will be affected by the strike.

“We have been requesting officially for dialogue, but so far nothing has happened and therefore we are left with no option other than downing our tools as we seek audience with the governor,” Nyagaka said.

According to the scheme of government, Hassan said, serving a post in more than three years warrant an upgrade to senior position.

“This things have not been happening since 2013 and it’s exclusive only to Wajir County,” Hassan stated.

He further informed the public to be aware of the impending crisis while calling on governor Mohamed Abdi to address their concern.