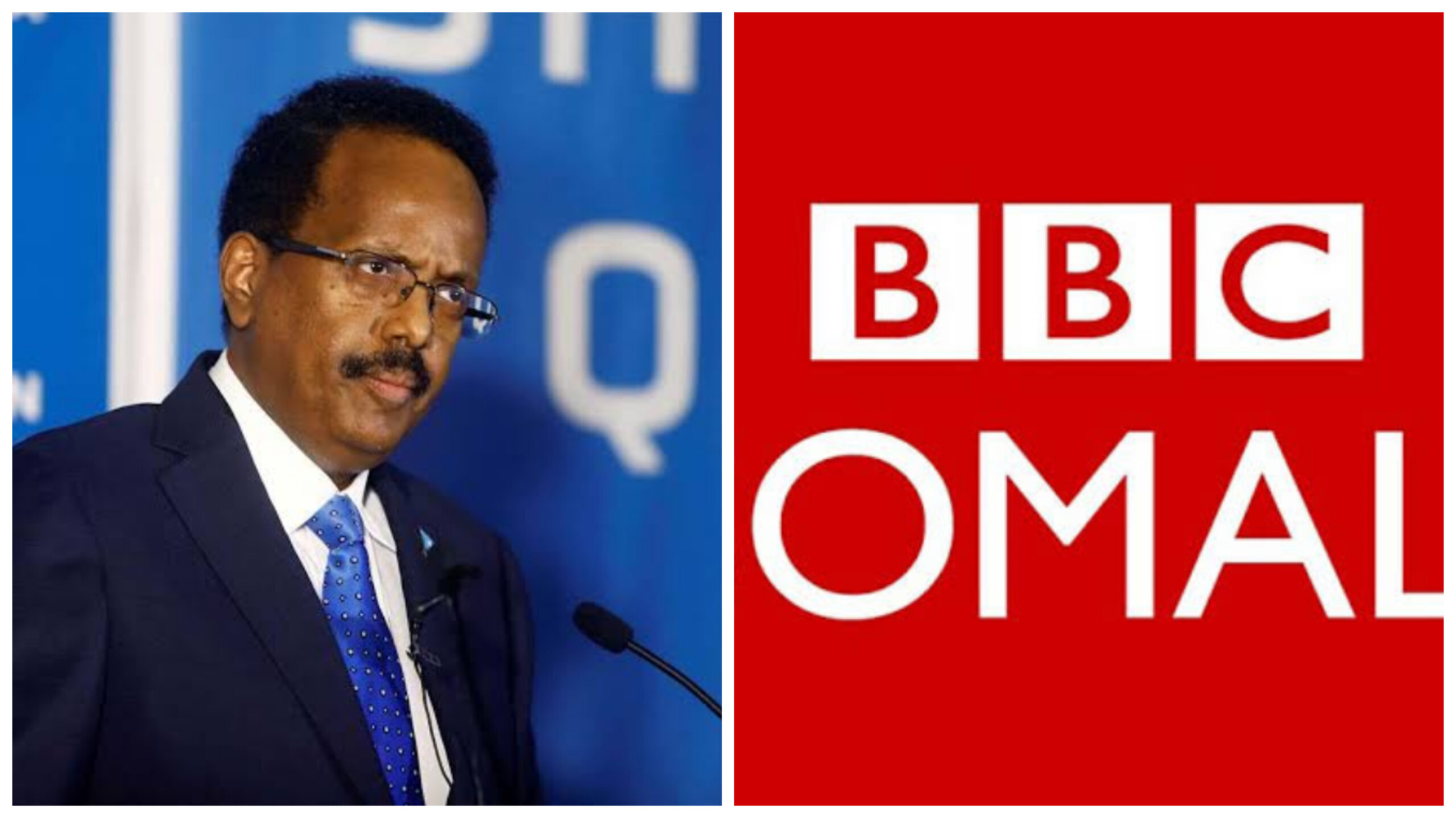 The BBC picked the “scoop” from the conservative Times of Israel, an Israel-based, primarily English-language online newspaper launched in 2012.

“Mohamed Abdullahi Mohamed, popularly known by his nickname Farmaajo, flew to Jerusalem in February of that year with Balal Osman, Mohamed’s special envoy for Horn of Africa, Red Sea and Gulf of Aden, according to the diplomat,” the paper claimed in the story published on 12 July.

The story further states that: “Farmaajo also instructed Somalia’s ambassador to Switzerland, Faduma Abdullahi Mohamud, to abstain on a 2019 UN Human Rights Council vote condemning Israel over the Golan Heights. He wanted to test domestic and international reaction to the small, public show of support for Israel.

It continues that: “Mohamud was summoned home by Somalia’s Foreign Ministry after the vote. Farmaajo had no choice but to punish her after receiving both internal and external threats.”

The landing page that initially contained the controversial story.

The story, which solely relied on the anonymous diplomat, did not include a response from the former Somali leader.

The BBC Somali picked the story, translated and shared across it’s social media platforms. Somalia and Israel does not share a diplomatic relations.

In a protest note to the BBC over the story, a spokesman for Abdullahi Farmajo termed the story as fake and malicious.

“It is untrue and misleading that [the] former President, Mohamed Farmajo traveled to Israel and met with Benjamin Netanyahu or any other Israel official in his capacity as Somalia president or otherwise,” the email sent by Abdirashid Hashi to the BBC and seen by Kulan Post, said in part.

Hashi further stated that “the BBC didn’t seek the truth as per its editorial guidelines, which dictates that a minimum of three sources should be used to confirm a story. That the same article the BBC quoted relied on a single anonymous source which absolutely goes against any fair editorial practice.”

Hashi’s statement further indicated that the BBC sought Farmajo’s reaction “nearly five hours after the piece was published and the damage already done.”

A screengrab of the story that was later pulled down.

Sensing backlash, the BBC attempted to modify the story but Farmajo’s team were, seemingly, not contented despite several lobby by the BBC’s staff not to blow the gaffe “out of proportion.”

“The impact of these action is so grave that it damages the reputation of a president who has served his people with dedication and truthfulness. It exposes to unimaginable huge risk to the former President and those close to him, including his family members.

“The said article has not only risk the President’s safety but also caused political and personal reputational damage, and we see this as a propaganda by the president political opponents to stain his political career,” the former president’s press officer noted.

In what appears to be a cover-up, the BBC Somali pulled down the damning story and published an apology, the first in recent history.

“The story did not live up to our editorial standards. We apologise for any inconvenience caused,” the apology published on the BBC Somali said in part.

Related Topics:Bbc somali
Up Next