Muslims in Kiambu decry of discrimination in ID issuance 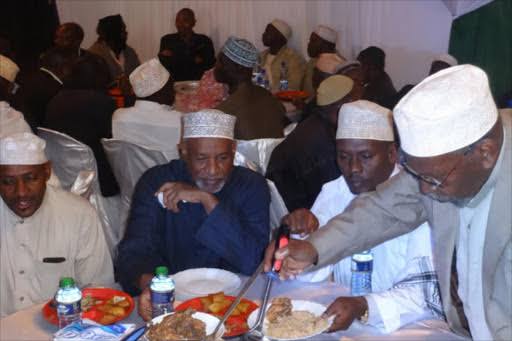 NAIROBI—Muslims in Kiambu County have decried discrimination and unnecessary bureaucracy against the community by the government in issuance of identity cards and passports.

Speaking recently during consultative meet￾ing held at the Mount Kenya University, Thika Campus, Muslim residents expressed
their frustrations and disappointments with regards to the issuance of national identity cards and passports to Muslims especially
those in upcountry and accused the registrar of persons and Immigration department of denying Muslim applicants the vital documents.

They accused the Government of discriminating against Muslims in the issuance of identity cards and subjecting them to strict
vetting process that has contributed to many of them failing to get the vital document adding that majority of Muslims in the region
cannot open up bank accounts, benefit from government fund nor venture into businesses for lack of IDs and called on the government to ease issuance of the document.

In his remarks, Parliamentary aspirant for Thika Town Constituency Juma Hemed noted that while the constitution is explicit
that acquiring a Kenyan ID and passport is a right for all citizens, issuance of these important documents to Muslims has become
a privilege.

”All Muslims have been classified as coming from border areas, and regardless of their background are subjected to an illegal and
discriminatory policy of vetting before they are considered to be issued with the passports,” he said.

Hemed accused the Registrar of Persons for frustrating youth in the issuance of IDs adding that majority of Muslim youth in Kiambu county might not participate in the August general elections as they are yet to get IDs.

He pointed out that youth have constitutional rights to be issued with IDs and to participate in the forthcoming election, stressing that their dreams should not be shattered by the lack of identity cards.
On his part, the Council of Imams and Preachers of Kenya(CIPK)Central regional Coordinator Sheikh Shaaban Gakere Bakari called on President Uhuru Kenyatta to intervene and end age-long discrimination in issuance of passports and national Identity Cards to members of the Muslim community
for them to participate in development matters.

’’We as Mt Kenya Muslim leaders asked President Uhuru Kenyatta to intervene so as young Muslims in this region and other parts
of the country are Issued with IDs to be able to participate in the development matters,’’ said Sheikh Bakari