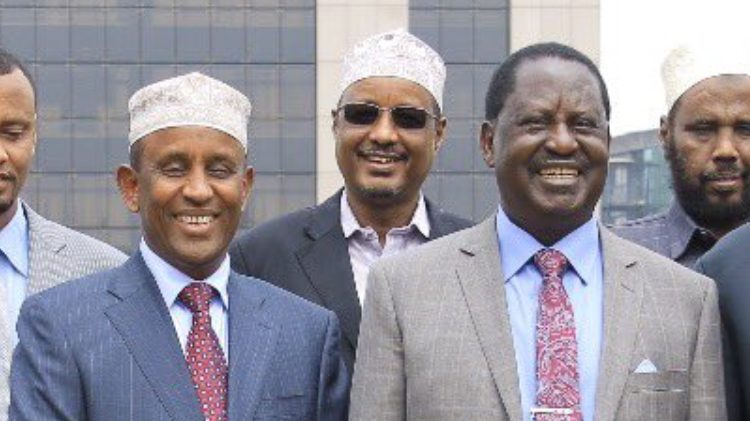 The decision was reached on Monday after days of back-and-forth following senator Yussuf Haji’s refusal to lead the way citing conflict of interest. The Garissa senator is the chairman of the BBI Taskforce which was gazetted last week.

The hand-picking of the lead campaigners also coincides with heightened consultative forums and rallies across the country.

Sources told the paper that the Presidency wanted Aden Duale, the Garissa Township MP, to replace Haji but Raila objected citing his alliance with Ruto.

“I am nonetheless in support of the BBI and even consulted the Head of State on Friday on other matters, although he never mentioned this one to me,” Duale responded when the Sunday Nation reached him for comment.

However on Monday, Raila Odinga met with him and decided it was Governor Korane owing to his “good relations” with him and the fact that the next BBI regional meeting will be held in Garissa town.

The names that will drive the BBI campaign excludes Deputy President (DP) William Ruto and those allied to him.

Related Topics:NortheasternRaila Odinga
Up Next