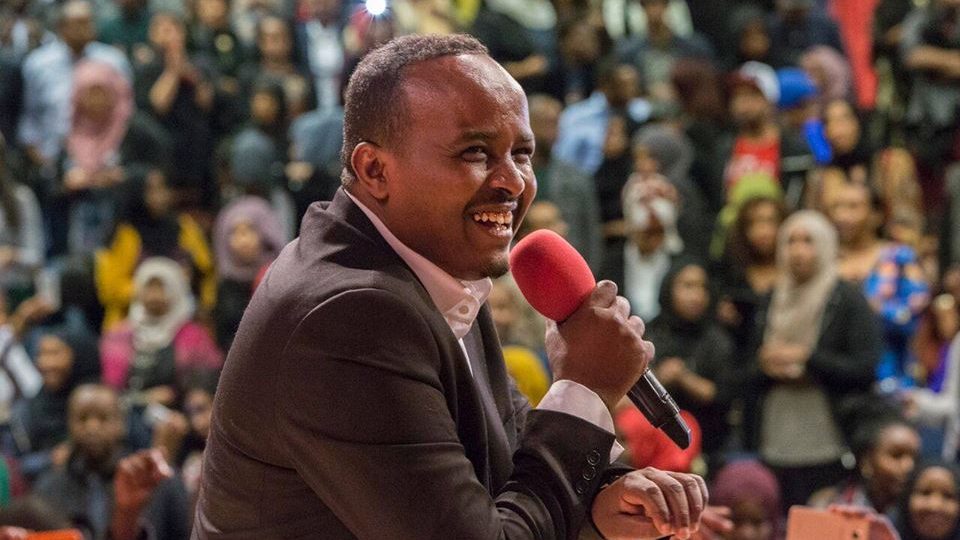 That statement was made by the Somali singer, Mohamed Said largely known for his stage name ”Mohamed BK” during a concert in London to mark the #SomaliWeek.

BK is from the Southern city of Hargeysa, the capital of the self-declared state of Somaliland.

“If there’s anything I will ask of Somalia and its leaders, it’s to let somaliland gain its independence,” the singer said.

“If they do that, this attacks and deadly blasts will come to an end…because we (Somaliland) are their (Somalia) brothers and we demand to get our wish,” he added.

Bk was speaking hours after the Saturday’s car bomb outside a tax collection centre in Mogadishu, where more than 77 people were killed and over 150 others injured. Over 32 university students died in the blast.

The blast struck a checkpoint during the morning rush hour at the start of the working week in the capital Mogadishu. Mohamed BK’s comments attracted harsh criticism on social media where people termed his statement a “mockery of the dead.”

On July, Mohamed BK said he would never step in Mogadishu “even if they pay me triple my regular fees” after two of his concerts in Nairobi were cancelled by people he said were against his political stand and “clamour for Somaliland’s independence from Southern Somalia.”

Since the fall of Siyad Barre’s government in the early 90’s, Somaliland—previously British Somaliland—has been on a charm offensive at the global stage in an effort to recognition as an independent state.