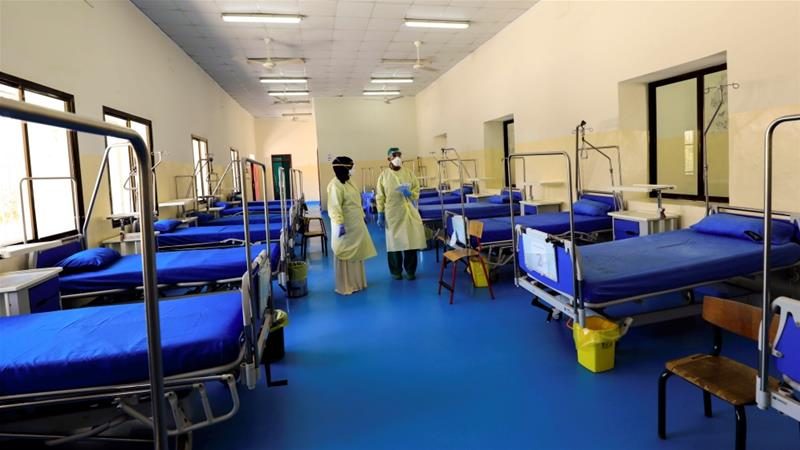 BY: REUTERS
SANA’A—Authorities in Houthi-held north Yemen confirmed their first case of the new coronavirus on Tuesday, a Somali national found dead in a Sanaa hotel, while the government in the south of the war-torn nation reported nine new infections.

One of the last countries to declare COVID-19 infections on April 10, Yemen has now reported 21 cases, including three deaths, in territory held by the internationally recognised government, and one case, a death, in areas under the Iran-aligned Houthis.

“We received a report about a situation in a hotel (in Sanaa) on Sunday, and epidemiological investigation teams went there immediately, where the affected person had died,” Houthi health minister Taha al-Mutawakkil told Al Masirah TV.

The deceased Somali had underlying liver and kidney problems, the minister said, adding that a sample had been tested in a laboratory for the COVID-19 infection.

Yemen, the poorest country in the Arabian Peninsula, has long been a transit point for migrants and refugees from the Horn of Africa, many of whom are fleeing hunger and violence and trying to reach Saudi Arabia and other wealthy Gulf states.

Yemen is already grappling with the world’s biggest humanitarian crisis caused by a war between the Saudi-led coalition seeking to restore the internationally recognised government, and the Houthi movement that drove the government from power in Sanaa in late 2014.

Before the first COVID-19 case in Houthi territory was announced, the United Nations had said it feared the coronavirus could be spreading undetected across the country among an acutely malnourished population with inadequate testing capabilities and protective equipment.

On Tuesday the emergency coronavirus committee belonging to the government – temporarily based in the southern port city of Aden – said that eight new cases had been detected in Aden and another in the Hadhramout region.

The UAE-backed separatist Southern Transitional Council (STC) announced on Tuesday a partial curfew in Aden and other southern governorates, from 10 p.m. to 12 p.m., for three weeks starting Wednesday to curb the spread of coronavirus.

The Aden-based emergency coronavirus committee had voiced concern that Houthi officials were not admitting to a coronavirus outbreak in Sanaa, the capital.

The World Health Organization has said it fears COVID-19 could rip through Yemen as the population has some of the lowest levels of immunity to disease compared with other countries.

Minimal testing capacity has added to concerns. The WHO said on Tuesday just 200 tests for infection with the coronavirus had been carried out and results received across Yemen.

Around 80%, or 24 million people, rely on humanitarian aid and 10 million are at risk of starvation. Disease is rife.