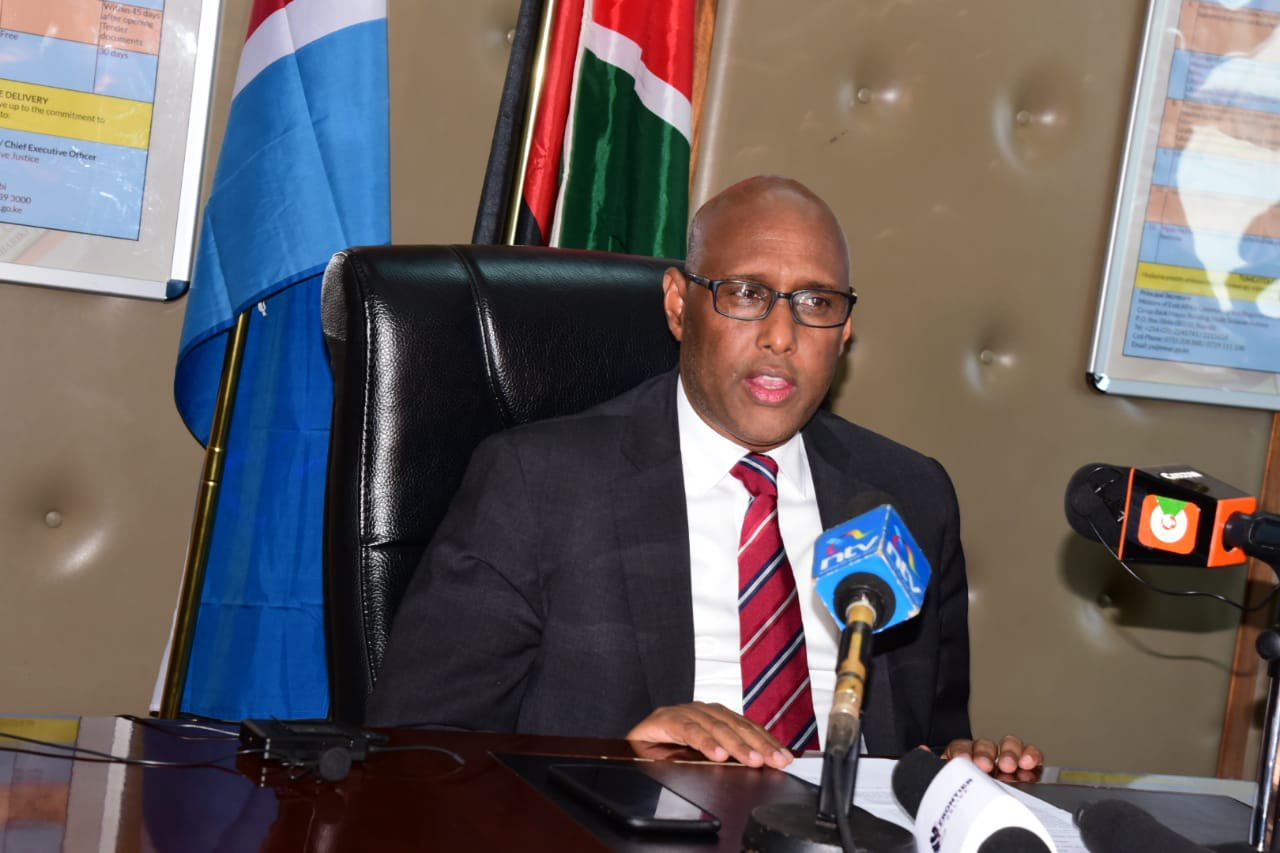 NAIROBI—Cabinet Secretary for East African Community and Regional Development has resigned from his post just moments ago.

He made the declaration at his office during a press conference.

Adan Mohamed said he will contest for Mandera gubernatorial seat in the August polls.

I have this evening tendered my resignation as Cabinet Secretary, to H.E the President to pursue other roles in the Development of our Nation as candidate for Mandera Governor in the upcoming general elections. pic.twitter.com/OONlHb1sy9

This comes a week after top public servants seeking elective offices in the August 9 General Election were directed to quit their plum jobs following a directive by the Head of Public Service Joseph Kinyua.

Kinyua sought to clear the air following growing uncertainty linked to a string of cases in court challenging a section of the Elections Act that require non-designated State officers who want to vie to leave office six months to the polls.

“It is notified that all non-exempted State Officers and all public officers who intend to seek elective posts in the 2022 General election schedule for 9thAugust, 2022 are required to resign from their office at least six months before the date of the General election. In that regard and as set out in Gazette Notices Number 430/1/2/3/4/5 of 20th January 2022, such non-exempted state officers and all public officers are required to vacate office on or before 8th February 2022,” said the Head of Civil Service.

Ukur Yatani to stay in Cabinet in bid to oversee transition, won’t vie for Marsabit governor