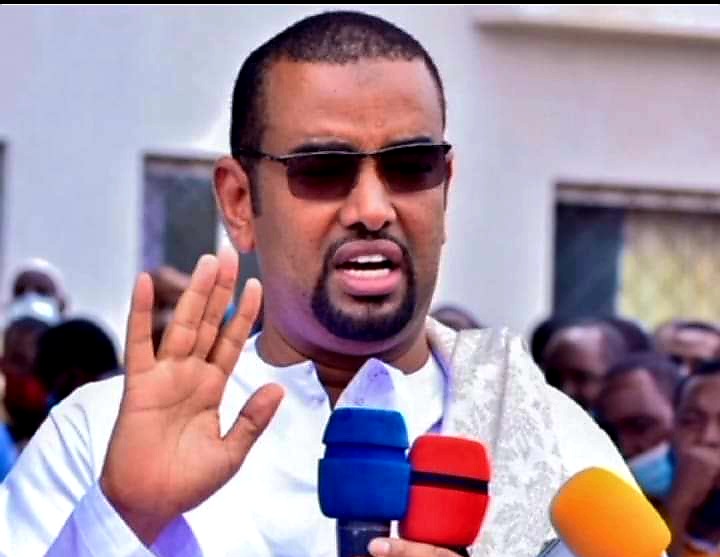 NAIROBI—Wajir West legislator was today nominated to defend his seat by a council of elders drawn from the Rer Mohamud sub-clan during a ceremony in Wajir.

Other who competed with him for the endorsement were Yusuf Farah alias Muliro and Dahir Issack. Ahmed Kolosh garnered 70 votes while Muliro scooped 64. Dahir got 46 votes.

In his acceptance speech, Ahmed Kolosh welcomed the endorsement stating that if the victory would have gone the other way, he would be the first to back him.

“As the incumbent, I can tell you that if either of the two hopefuls had won the votes I would be the first to endorse him,” the MP said.

While conceding the results, Yussuf Farah reiterated an earlier statement where he pledged to support any outcome of the negotiated democracy.

“As I have stated earlier,  I will abide by the decision (of the elders) and respect their decision,” Muliro said. Dahir left the venue in protest.

The process wasn’t to the standard, the delegates didn’t Took Oath of swearing and affirmations .
the RM council of elders didn’t consider the option for imminent appeal process .
in General , The process Was shambolic .Qolosh is Not an option and I oppose #RM Nation Decides

However, not everyone welcomed the decision of the elders. Abdijabar Mohamed, a youthful leader from the constituency told Wajir Community Radio in an interview that the process was marred by “inconsistencies.”

“The process wasn’t to the standard, the RM (Rer Mohamud) council of elders didn’t consider the option for imminent appeal process to any member of the community or candidate who’s not contented with the outcome,” Abdijabar said.

On social media, voters from Wajir West who are opposed Ahmed Kolosh found refuge in supporting the son of the former area legislator,  Mohamed Ahmed Khalif who did not subject his ambition to the elder’s blessing.