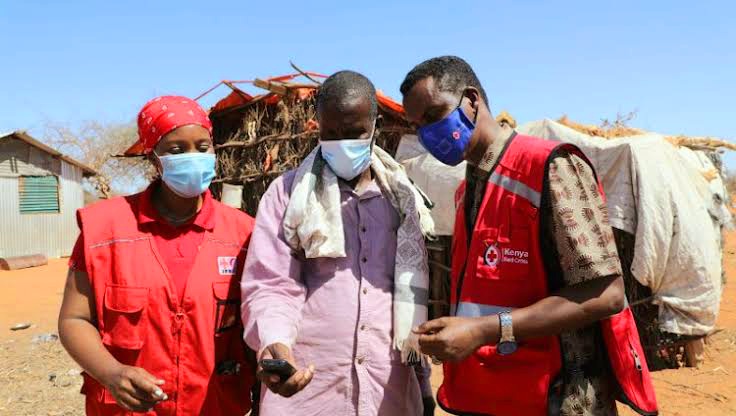 GARISSA—The Kenya Red Cross (KRC) in partnership with The International Committee of the Red Cross (ICRC) has started the distribution of livestock feeds in five most drought affected sub counties in Garissa.

The 9000 – 50kg bags of animal feeds will go to farmers in Dadaab, Fafi, Balambala, Ijara and Lagdera sub counties to supplement the efforts by the National Drought Management Authority which had distributed 5,600 animal pellets in the last two weeks.

Speaking after flagging off the feeds in Garissa this morning, area County Commissioner Boaz Cherutich said that the feeds will go a long way in ensuring that lactating animals get food to enable them produce milk for the families.

“We are grateful for ICRC because some of the farmers are left with very weak livestock at home, some which are lactating. In order to address the issue of nutrition to children under five years and lactating mothers, it is very important to ensure that those families have a steady supply of milk from their animals,” Cherutich said.

“We assure our people that the government will ensure that nobody dies due to hunger. As the county steering group, we are going to coordinate all the support which is coming to the county to ensure that all vulnerable families are taken care of,” he added.

The commissioner challenged entrepreneurs and business people in the county to think of ways to produce the animal feeds locally at affordable prices.

“Sourcing the livestock feeds from Nairobi and Nakuru is very costly especially due to transport. We want to encourage our business people here to organize themselves in groups or Saccos so that they can benefit from the government programmes,” the County Commissioner said.

“The feeds can be made and packed here and sold at affordable prices to farmers. We will work with the county government and the cooperatives ministry to support such groups,” he added.

On the issue of border conflicts as a result of movement of livestock in search for pasture, the County Commissioner said that they will strengthen peace committees in affected areas so that they engage and sort out the issues before the conflicts escalate further.

Mohamed Abdikadir, KRC Regional Coordinator for Northeastern said that the feeds will go to 1821 households.

“We are also doing cash transfers for 500 households of Sh10,600 which can help the families to buy food and water,” Abdikadir said.