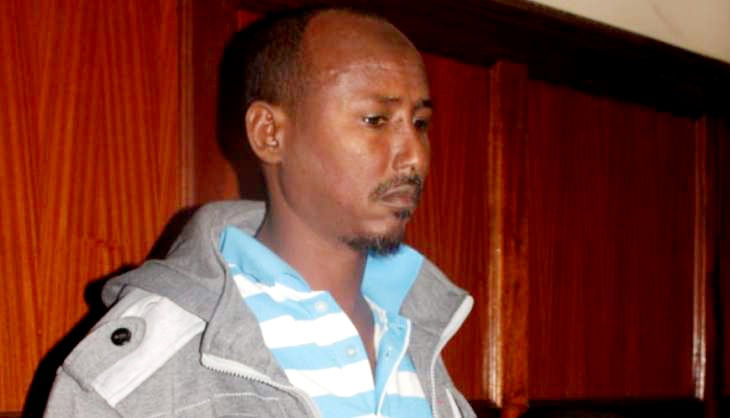 NAIROBI—A former Mandera County Government driver assigned to two Cuban doctors who were abducted in 2019 has been found guilty of the said kidnapping.

In a judgement delivered by Milimani Magistrate Martha Nanzushi on Wednesday, Issack Ibrein Robow was found guilty and convicted for being involved in the kidnapping of the Cuban doctors; Landy Rodriguez (a surgeon) and Herera Correa (a general physician).

While convicting the driver, the magistrate noted that the prosecution had proved beyond reasonable doubt that he was actively involved in the commissioning of a terrorist act, kidnapping and abetting a terrorist act.

“After evaluating the evidence on record, I find that the prosecution has proved the charges against the accused person herein and l convict him accordingly under section 215 of the Criminal Procedure Code (CPC), “Nanzushi ruled.

Ibrein is said to have handed over the doctors to terrorists on April 12, 2019, while driving them (the doctors) to Mandera Referral Hospital using a government vehicle.

On the material day at around 9:00 am, the medics were being driven by the accused with an escort of two police officers before they were ambushed by Al-Shabaab militia who blocked their way with two pro-boxes before they started shooting.

The militia managed to escape to neighbouring Somalia with the doctors who went missing for over two months before they were released.

Mutundo Katambo, one of the Administration Police constables who was escorting the medics was shot dead by the terrorists.

Following the incident, the driver was arrested in Mandera by ATPU officers and flown to Nairobi on April 14, 2019, for purposes of interrogation and arraignment to face the criminal charges.

The evidence presented by ATPU showed that the driver upon intensive interrogation confessed to having conspired with terrorists to kidnap the said Cuban doctors.

According to data call presented in court as evidence from mobile providers, the suspect who was attached to Mandera County Government was using two mobile phone numbers to communicate with the terrorists.

“The information so far gathered shows that the plot involved Ibren and they were in communication with several other individuals,” Martha said.

The court has however acquitted Ibrein on the charges of falsely obtaining a Kenyan identity card for lack of evidence.

However, magistrate Nanzushi ordered the driver to be detained in custody pending sentencing on March 2, 2022.