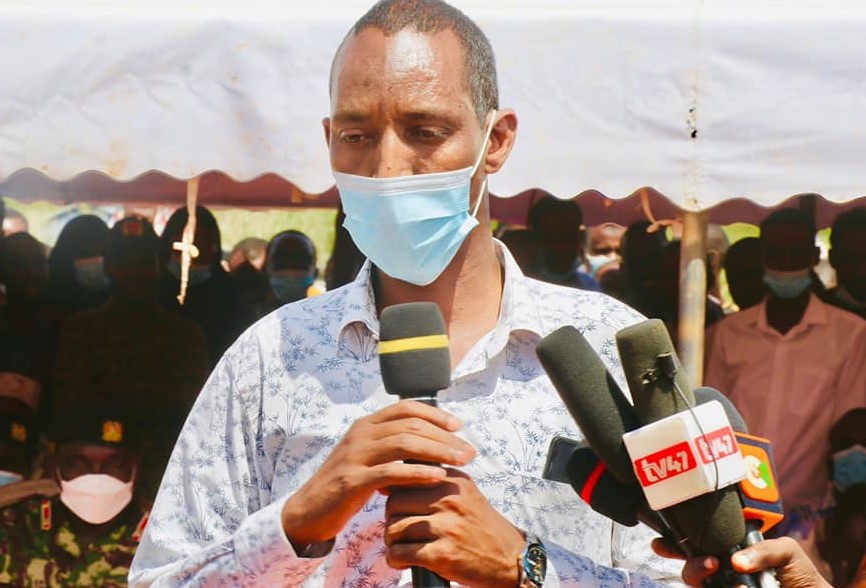 According to a highly placed sources who intimated to Kulan Post, Ahmed Caato is to be fronted  by the Wajir South elders to secure the senatorial position currently held by Abdullahi Ali Kabreta.

in 2017, Ahmed was endorsed by the influential Ogaden Supreme Council as a gubernatorial candidate and Fatuma Gedi as their preferred Women Rep. After the polls, only the county MP position was realised, automatically throwing Ahmed into the county leadership politics.

Since then, Ahmed has been avoiding constituency politics and he’s yet to declare interest in the county top seat currently held by Ahmed Werar who secured it after his former boss, Mohamed Abdi was successfully impeached by the local assembly.

Since last month, several meeting were held to strategise the move to have him in the ballot although Ahmed is still yet to show any interest in the proposal.

Kulan Post understands that the people pushing him to the senatorial post believe that the name he created for himself in the 2017 elections will give him an easy foray into the voters mind. They maintain that being a candidate who created a brand over the last four years, he already has a headstart in the race compared to any other senatorial candidate that may come from the vote rich constituency.

Secondly, they are banking on his ”lack of baggage” persona he widely enjoys, another of several items pushing his possible candidacy.

“(Ahmed) Caato has maintained friends across the board. He hardly said or rumoured to have said or done anything that would have complicated his future ambitions,” noted an individual privy to the plans.

Contacted for comment, Ahmed Caato said he was not aware of such plans but added that ”all is possible.”