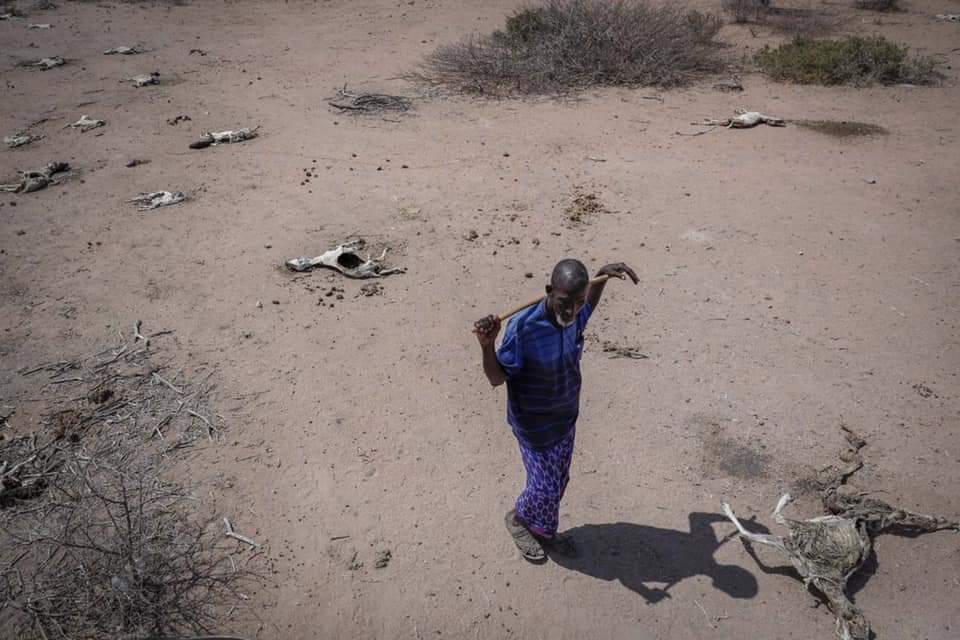 NAIROBI—Pressure is mounting on the elected leaders from Nothern Kenya to speak out on the devastating drought amid worsening animal and human casualties.

More than 465,000 children under five and over 93,000 pregnant and breastfeeding women are malnourished in Kenya’s northern region, the U.N. says. Food prices are climbing. In Marsabit County, they are 16% above average, data from the National Drought Management Authority (NDMA) shows.

This is the second consecutive season the rains have failed in northern Kenya, a semi-arid part of the country, unlike the more fertile and greener south. The lack of rain means 2.4 million people in the region will struggle to find enough to eat by November, the United Nations World Food Programme says.

Over the last ten days, at least six events were held in Nairobi, Rhamu and Wajir but none of the leaders challenged the government to expain the sh 2 billion president Uhuru Kenyatta announced on September under the National Drought Emergency Fund which will be used to respond to the ongoing drought situation in the country.

Activists and social media users are now demanding elected leaders to task the government to release the money.

“No money has reached the grassroots yet. There are reports that not only animals but also human beings are showing clear signs of malnutrition. If it does not rain in the next few days, we might start seeing people dying of thirst and starvation,” the CEO of FCDC Simba Gulet said in an opinion published on The Standard.

“Unfortunately, the political class, even those from the hardest hit regions who are supposed to lobby for more intervention from the government, are lazing and drinking cappuccino in fancy Nairobi hotels,” he added.

He continued that: “Majority of them are hanging around presidential candidates who seem not to have any feelings for the dire situation. The country is in an election mood and politicians don’t care about the plight of the pastoralists.

“For the local elected leaders, I believe the blood of the pastoralists who are likely to perish due to the drought will be on their hands. The responsibility is squarely on them. The sad part is all they seem to care about for now is just their reelection next year,” Simba who served as the first deputy governor of Isiolo.

Speaker Muturi’s directive comes after Garissa Township MP Aden Duale, who had requested for the statement, sought his intervention claiming that Mr Yatani had not honoured invitations to appear before the House Committee on Finance and National Planning to explain the expenditure.

The released funds were to support mobilisation of food, water and other necessities for families affected by drought.

Related Topics:3 dead after IED explosion in ManderadroughtgarissakenyaManderanewsWajir
Up Next

Is Ahmed Muhumed ”Caato” going for the Wajir senatorial post?