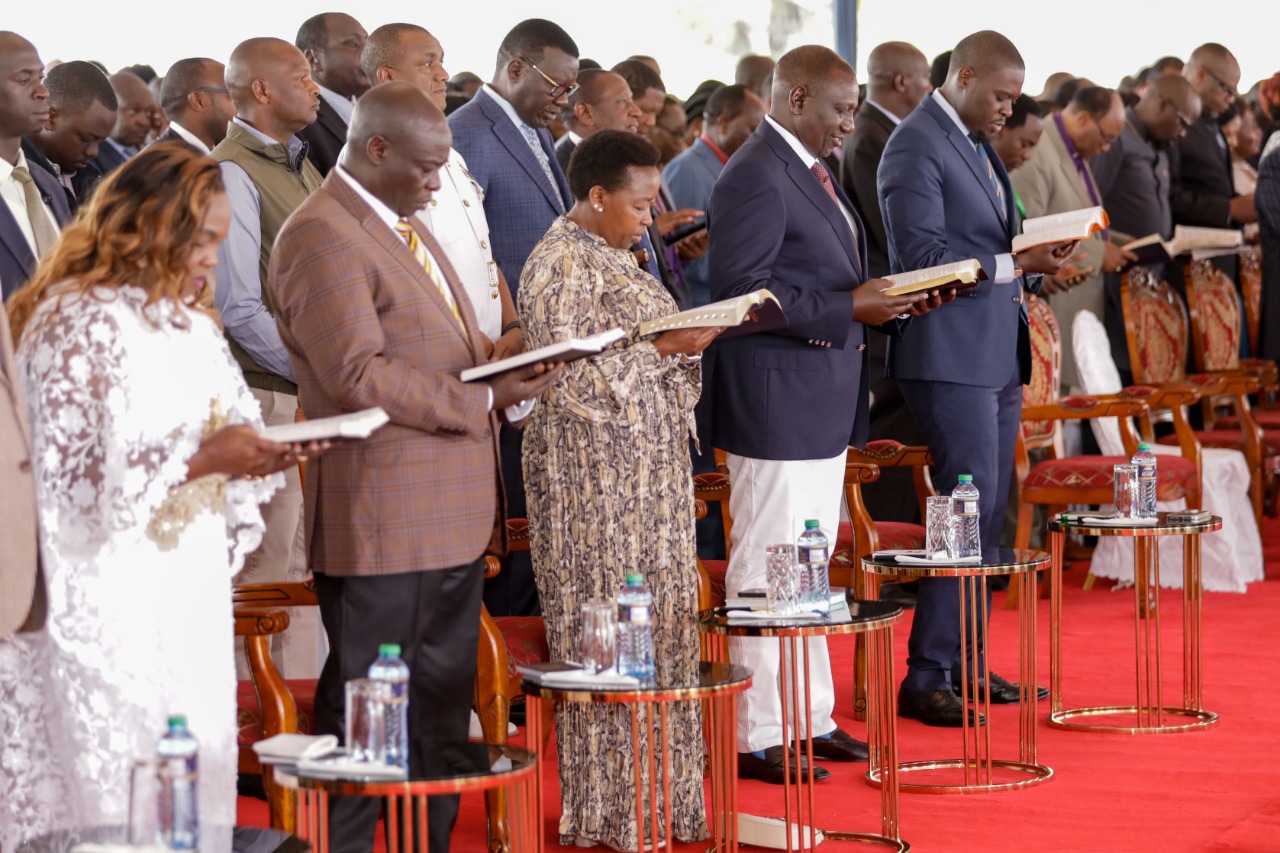 Post-inauguration Kenya has been replete with images of evangelical leaders trooping to State House to congratulate our new President and to hold thanksgiving prayer sessions. The first weeks of the new government felt a lot like the first week of school – catching up, ticking boxes et al before the real work begins.

That being said, the stream of Christian based representation, even at the inauguration, worries me.

I don’t have anything against prayers and visits, but I do get concerned at the notion that Kenya is a Christian state. While our country is majorly made up of Christians, Kenya is not a Christian state. Our Constitution very clearly states that there is no state religion (in Chapter Two), and whether or not the leadership of the country is religious should, in my opinion, not necessarily be this loud a fact at a state function. Other religions that dwell in Kenya, in peace, do all their religions in their temples, mosques, chapels and such like, and are separated from state affairs. Why is Christianity different?

Perhaps because we have an obsession with appearing to follow a religious doctrine, whether it is true or not. Christianity itself, is the religion of a colonizer that none of us identified with even 100 years ago.

Furthermore, if we really were a Christian state, with 80 percent of Kenyans claiming it, then maybe we wouldn’t feature so prominently on every corruption index known to man. We are clearly performing Christianity.

Then again, maybe it is too early to say. It is only the second week of a new political dispensation, after all. Perhaps the Christianity will shine through in the charitable, fair, and just decisions the government makes from here on out. There is a lot to reckon with – the cost of living in Kenya is higher than it’s ever been, as are MPs’ salaries. I have seen some indications that President William Ruto’s government will attempt to curb this.

There has to be a conversation about how we are going to deal with the recession that will be plaguing the world for the next couple of years. President Ruto has also said that a review of the Competency-Based Curriculum (CBC) is due – something I have been talking about and pushing for since its inception.

All I’m saying, really, is that the advancements that Kenya needs to make should not be based on or coloured by religion and dogma, but on what is good for the Kenyans in Kenya: the things we all want and have a right to as citizens of this republic, whether you voted or not. Better education, infrastructure, health, getting out of debt, a growing economy, a future plan. In the presence of peace, justice, and diversity, all other human and personal principles thrive.

The number of prayers is pointless if nothing visibly changes – it’s all well and good to pray for better roads, but policies must be enacted to then build the bumps that are needed, with leaders – not just the president, but everyone trickling down – who can see that. Thoughts and prayers have to work in conjunction with action – how does the verse go? Faith without action is dead.

We can definitely pray, to whoever you believe in, that politicians will keep the will and wellbeing of the people in mind, above all else, as they elected to do and are excessively well paid for.

The first week of school is over – it’s time for the coursework to begin.

[This article previously appeared on the Nation newspaper]

The clash of faith and “woke Islamic feminism”