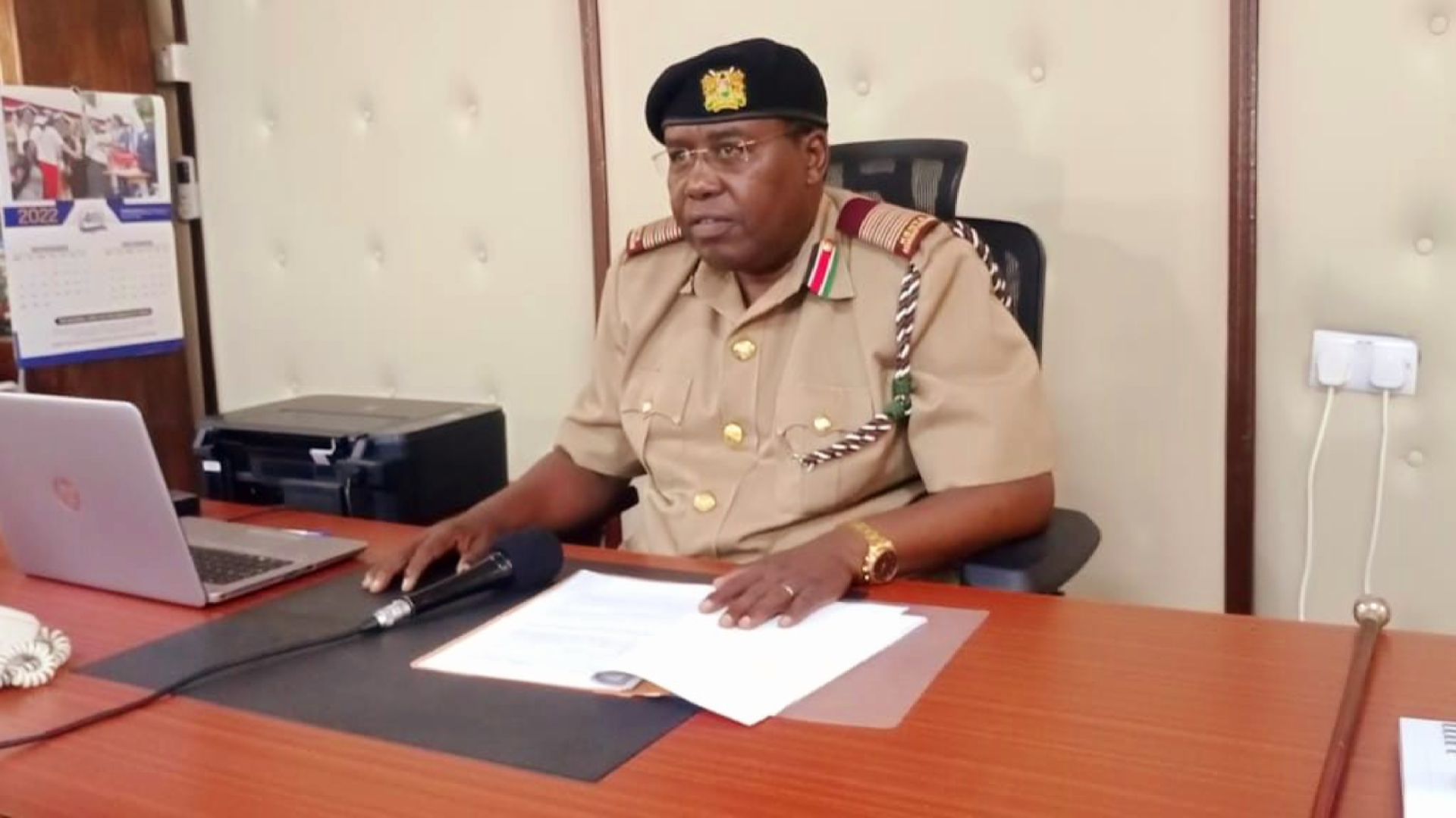 By: Fahid Mohammed and Erick Kyalo

Garissa County Commissioner Boaz Cherutich has assured area residents that the government is making effort to cushion them against the ravaging drought and prevent any loss of life.

Just last weekend, Defence Cabinet Secretary Aden Duale led other national and county government officials in distributing relief food to affected households in Shimbirey, Balambala Sub County and promised that the government would re-allocate funds to help deal with the effects of drought in the country.

According to the National Drought Management Authority (NDMA), 420,020 people are in dire need of food aid due to the ongoing drought in Garissa County, which is among the 29 counties currently ravaged by drought. The number initially shot from 370,000 as the situation worsened.

Speaking during a press briefing on the status of drought mitigation in the county, Cherutich who co-chairs the county steering group with the governor said relief efforts in the county are well coordinated and that priority areas in mobilising the resources for drought stricken families have been identified.

Additionally, there has also been the livestock offtake program by the government and other development partners to ensure the Kenya Meat Commission buys cattle from farmers, slaughters, packages and distributes the meat to households affected by drought.

“As a county we have been allocated 900 head of cattle in the livestock offtake program and have since allocated 100 to every sub county. The farmers will make an arrangement with KMC on how to facilitate the transport of the cattle whose meat will be processed and brought back to feed school going children,” Cherutich said.

“I want to encourage all parents to ensure their children are back in school because it is important for them to continue with their studies. It will be a great loss if school going children are at home looking after livestock,” Cherutich said.

The administrator further warned the parents against assigning their school going children to look after livestock during schooling period.

“We have put in place arrangements with chiefs, village elders and Ministry of Education officials to identify and create a list of all out of school children so that action can be taken. It is wrong