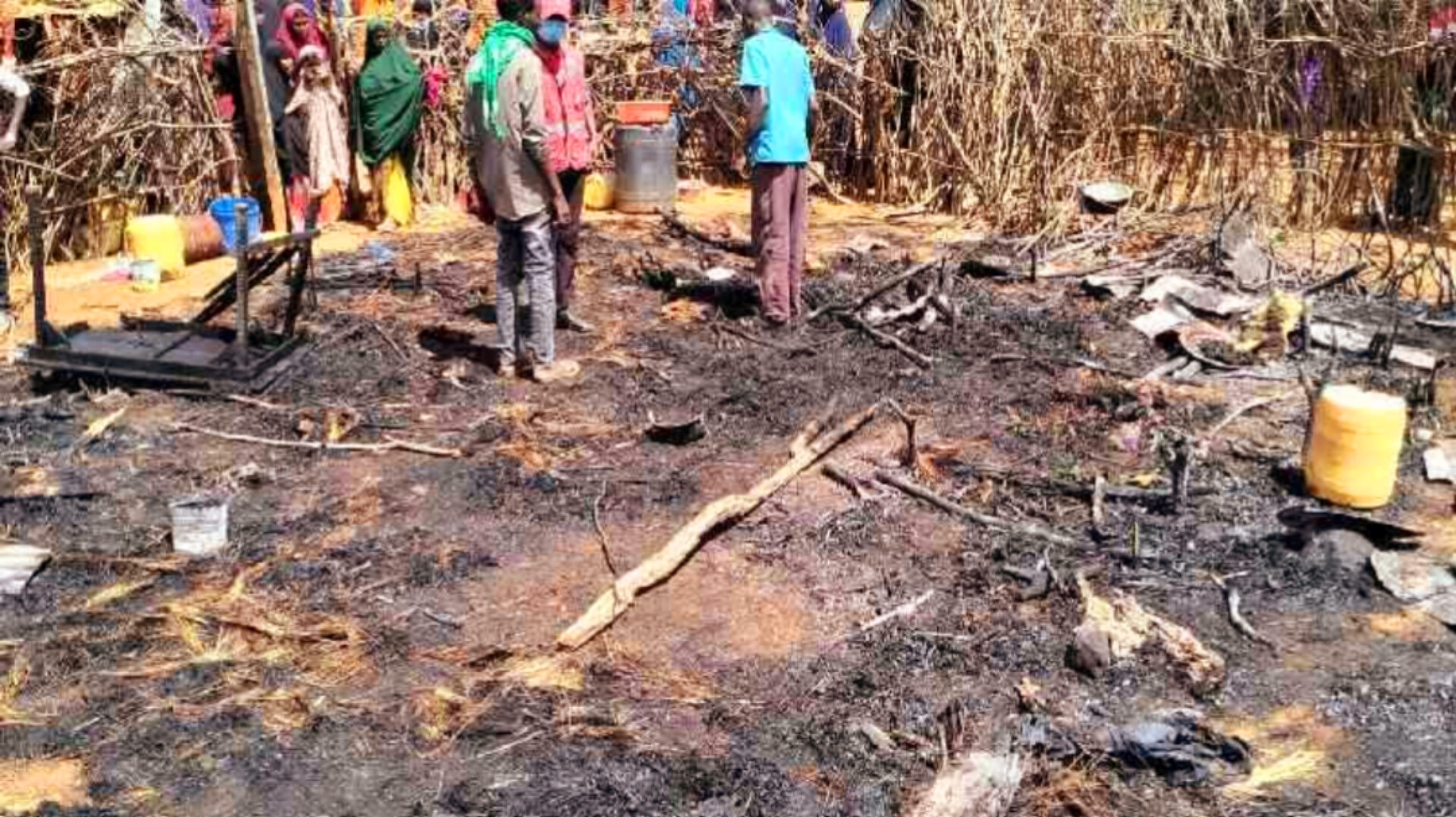 LAFEY—A two-year-old girl was killed in a fire in Lafey town, Mandera on Saturday after her mother left her alone.

The mother is said to have left the child sleeping in the house as she went shopping at a neighboring market. The town administration said they are yet to know the cause of the fire that also destroyed two other houses.

The fire spread quickly due to the houses being closely packed and strong wind blowing in the area.

The semi-permanent shelters in the area also accelerated the spread of the fire due to the shrubs supporting the structures.

One of the neighbours revealed that residents struggled to put out the fire since water is scarce in the region.

The residents complained about the lack of a fire department as they took time to strategise before commencing efforts to put off the fire and subsequently ran out of water.

“The life of the child would have been saved if the fire engine was available in Lafey,” Abdullahi Warsan, 42, a resident said.

The residents appealed to leaders in the county to assist the affected families after their property was destroyed in the fire.

Ali Abdullahi Ibrahim, a Kenya Red Cross volunteer, said that the parents are casual labourers and will need somewhere to live before they can go back to their normal lives.

[Additional report by The Standard]

Garissa Township by-election: The candidates,the issues and what’s at stake