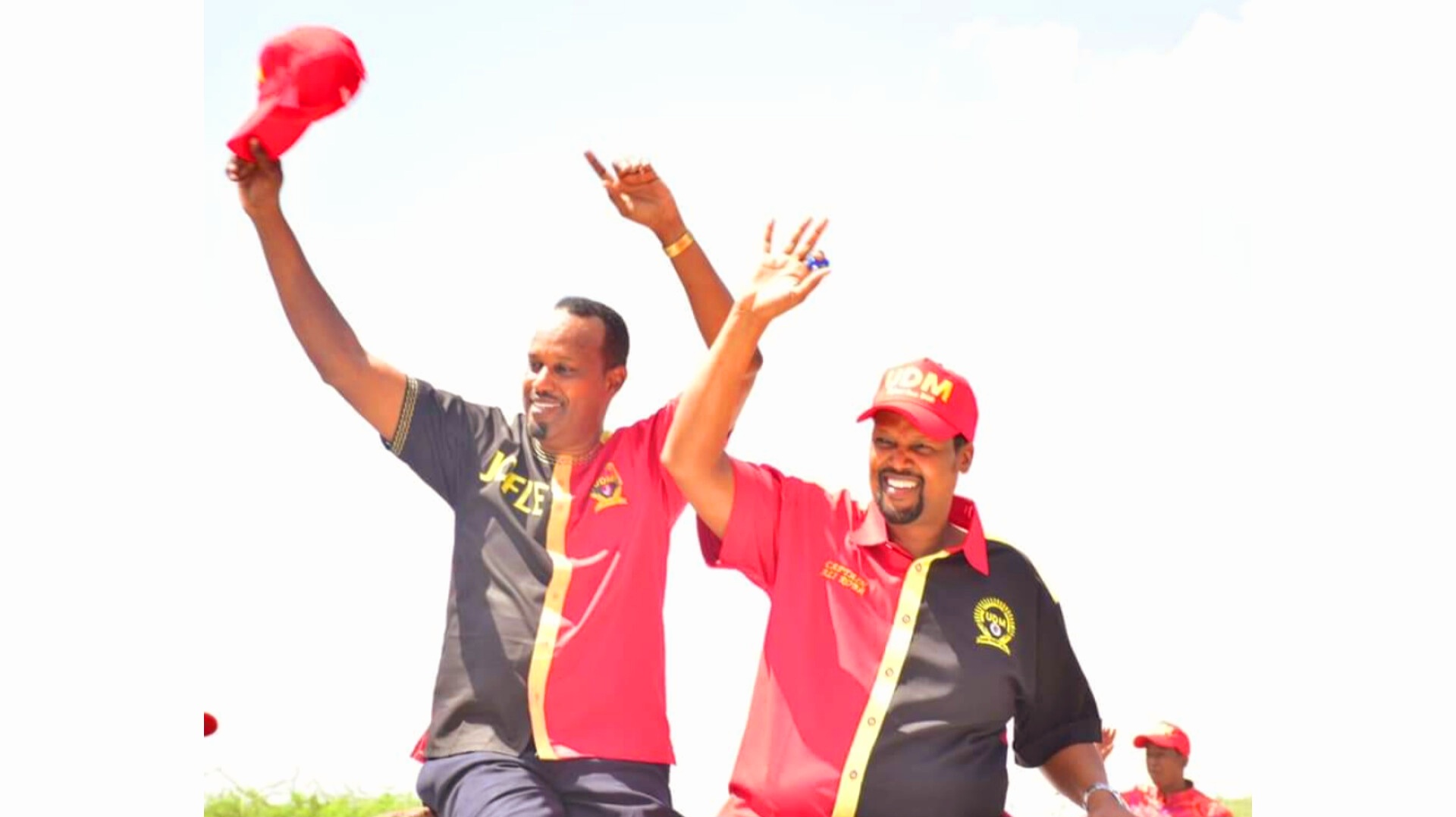 GARISSA—As the the Garissa Township by-election fast approaches, the campaign to replace the Cabinet Secretary for Defense Aden Duale as the area legislator intensifies.

Voters in Garissa are set to vote next week in a closely monitored repeat polls where United Democratic Movement, a member of Kenya Kwanza Alliance fielded a candidate, Abdinasir Dolal Jofle. Both UDM and Jofle were affiliated to Raila Odinga’s Azimio La Umoja in last year’s elections.

“UDM is an equal opportunity party. We have the right to field a candidate anywhere,” said Mandera County senator, the party leader during a rally in Garissa town on Saturday while drumming up support for Jofle.

According to our souces, Kenya Kwanza affiliate parties were—in undocumented agreement—that only the parent party would field a candidate.

Roba described Nasir Mohamed Dolal as a visionary, mature and focused leader who would bring about the much-desired change.

“As a party, we are growing and this is because of the support you have accorded us. We have two governors, two senators, eight MPs, two speakers and 64 MCAs,” Roba noted.

The January 5 by-election has initially attracted eight candidates but only six were cleared. Few days ago, Muhudin Abdirashid stepped down in favour of Jofle. Other candidates are Ibrahim Malow (Narc-k) Abdikrim Osman (KANU) and Feisal Amin (ODM).