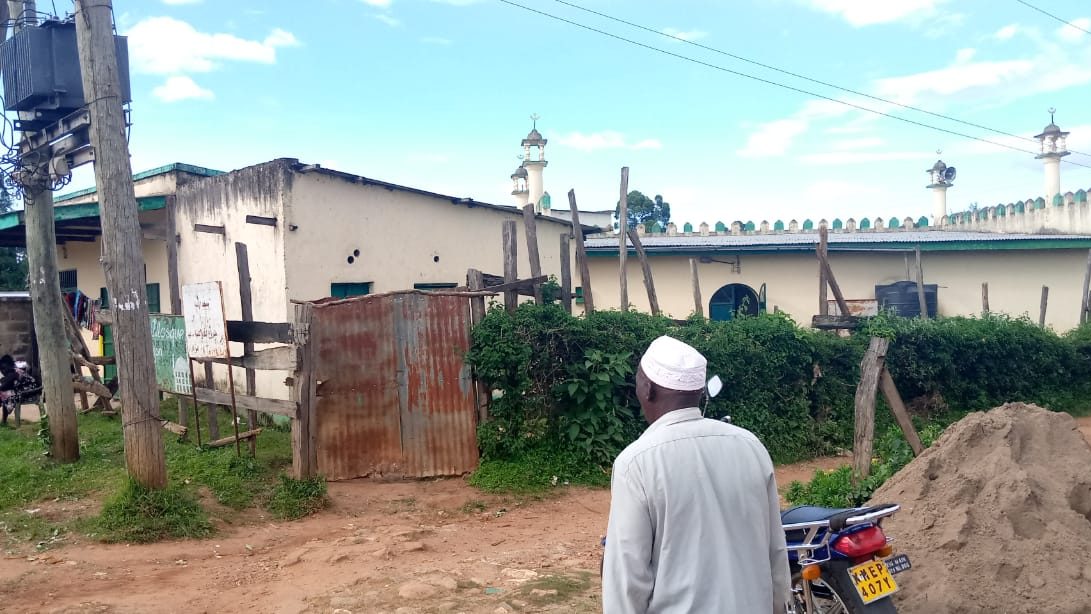 Anxiety is sweeping among Muslim residents at Kesegon area in Cherangani Sub-County of Trans-Nzoia County following threats to demolish the community mosque.

The shocking revelation comes on the heels of another incident that occurred last month that saw Mowlem Mosque, also in Trans-Nzoia County, being demolished.

The faithful were last Friday left in a great shock after receiving news that the Kesegon mosque could be brought down following a court order which has given a go-ahead for the demolishment of the mosque.

A local resident, Florah Cherono filed a case against Kesegon Jamia Mosque Committee  for allegedly denying her access to the Mosque’s land which she claimed was her rightful property.

In the application, she sued the Mosque and seven other individuals for allegedly trespassing on her private land.

Cherono appealed for restraining orders barring local Muslims from using the mosque to enable her carry out development on the land which for more than 30 years has served as the house of worship for Muslims around the area.

An eviction order issued by the Environment and Land court in Kitale called for the respondents to  either clear the full amount of land purchase or vacate the land.

She had earlier sent a demand note of Sh1.2 million to the Muslim community warning that she will take over possession of her land on which the Kesegon Mosque stands if her demands are not met but after land transaction exercise between the two parties, the purchase price came down to Sh756, 000.

Speaking to the media from Kitale town, Sheikh Ali Haji Opondo said the mosque land was bought in 2010 at the cost Sh300,000 from Mariam Wanjiku who had earlier purchased the same from Flora’s brother who is now deceased. The land was previously owned by Kesegon Land scheme and people bought it through shares.

Sheikh Ali pointed out that all legal requirements, land procedures and a title deed issued where the ownership was later transferred to the mosque. The mosque and Waqf properties were constructed by Al Muntada Trust and Africa Muslim Agency. The mosque has been active serving 250 families around the area.

Muslim residents affected are now appealing for well-wishers and donors to come to their rescue and save the situation so that they are able to continue with their religious obligations with ease.

“We are appealing to our Muslim brethren to come out and donate generously towards this noble course of Allah and Allah would reward them abundantly,” Hamisi Sumba who is a residents said in a passionate appeal.