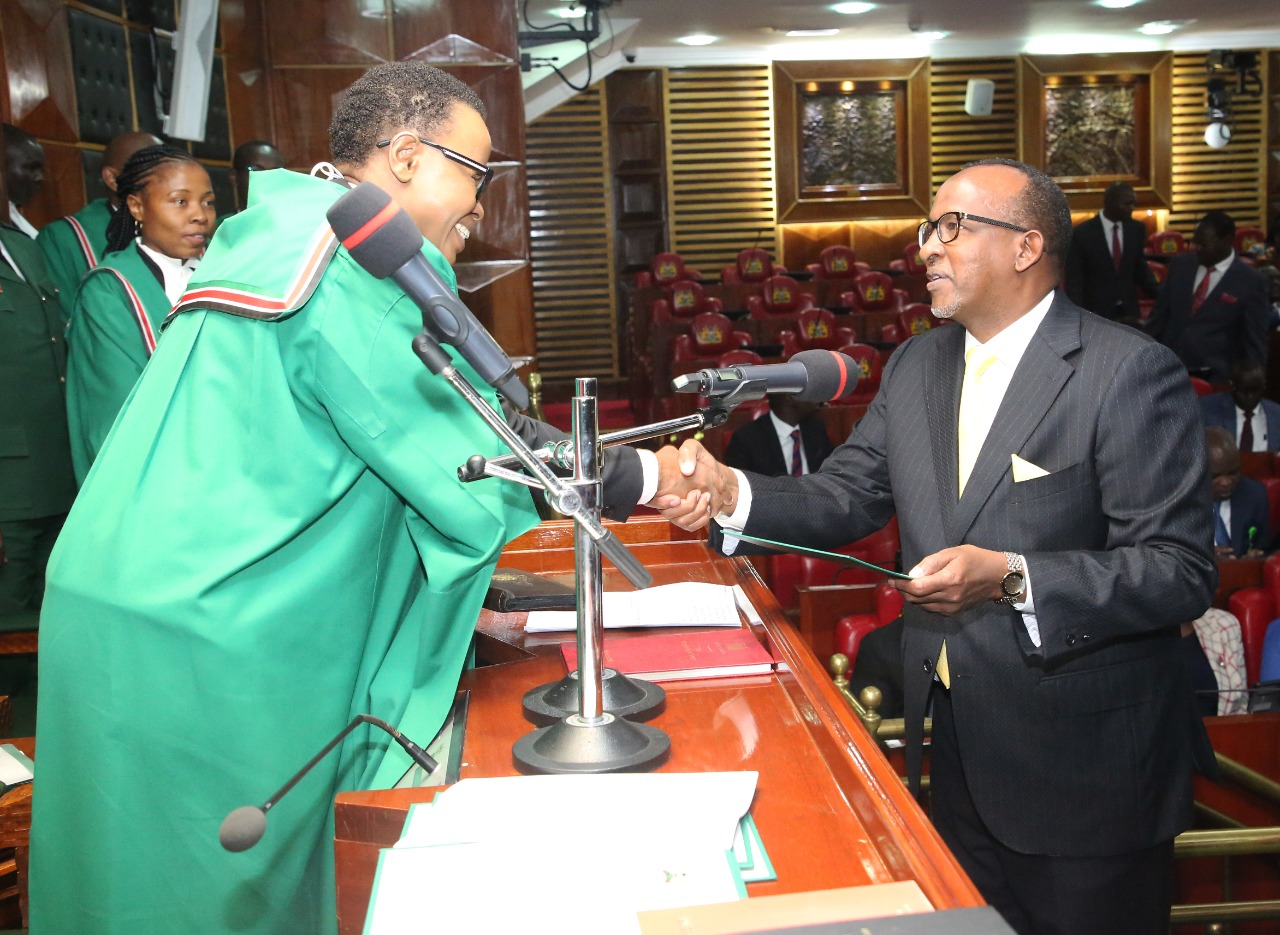 NAIROBI—-Garissa Township MP Aden Duale who is serving his fourth term has expressed optimism as the 13 Parliament got down to business in its inaugural sitting Thursday.

The former Majority Leader who was the first to take the oath of office in the national assembly said he was elated that for the first time majority of legislators who served in the 11th and 12th Parliament had retained their seats, as such, he was looking forward to a robust house.

Duale jokingly said he was getting old in the corridors of Parliament but that notwithstanding he was happy for the opportunity to represent his constituents again.

He made the remarks at Parliament buildings moments before the swearing-in of members of the National Assembly and the Senate.

“I have been here, this is my fourth term. I am now an MP-elect in accordance with Article 74 of the Constitution. Once I’m sworn in I’ll become a state office,”.

He added, “I am getting too old in these corridors. Am happy that for the first majority of members from 11th and 12th parliament have been retained. So this will be a robust Parliament”.

Today marks the beginning of my fourth uninterrupted term as a Legislature. Two decades of selfless service delivery and dedication to the people of Garissa Township and Kenyans at large. pic.twitter.com/VTWZEmiocp

The supreme law gives the National Assembly clerk sole powers to administer the oath of office to the 349 newly elected MPs who in turn will elect a new Speaker. In view of this, Acting Clerk Serah Kioko made history as the first woman in Kenya to swear in MPs.

In the National Assembly, a member-elect who has served as a Speaker before shall be given priority. This will be followed by the leader of the majority party, the leader of the minority party or Deputy Speaker, members with disabilities and members-elect with the longest cumulative period of service in the House.

The vocal lawmaker read his oath in Swahili. He was followed by immediate former minority leader John Mbadi, and former deputy speaker Farah Maalim. Priority was also accorded to those with disabilities.