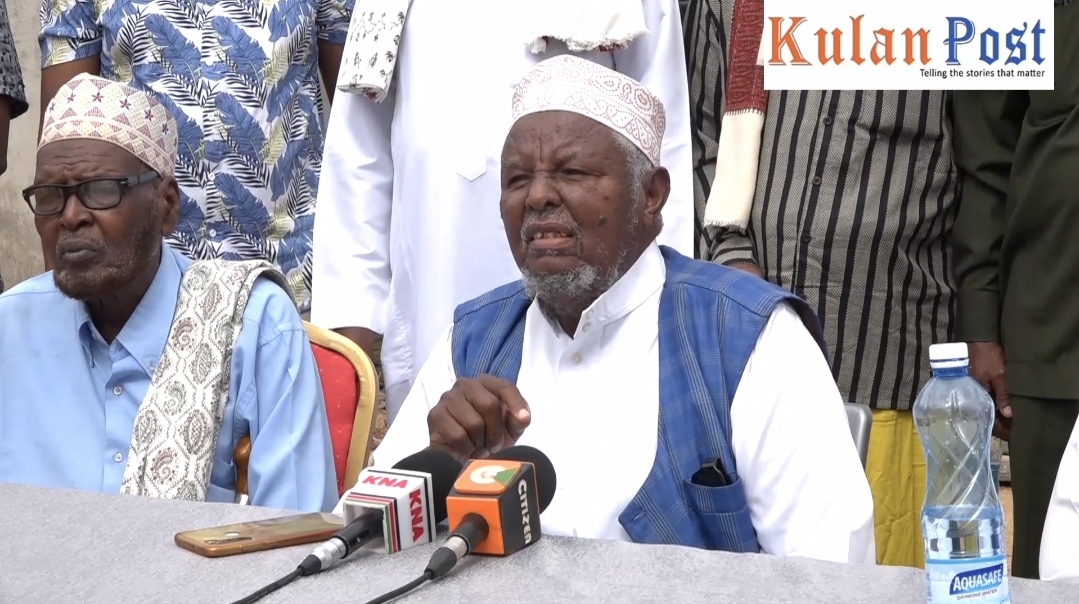 GARISSA—Elders and professionals are calling for the elevation of Ijara subcounty in Garissa to a county.

The elders said they want Ijara added to the list of areas Kuria East MP Marwa Kitayama wants elevated to counties. Kitayama is pushing for the creation of five additional counties.

Kitayama is leading a team of other MPs seeking changes to the Constitution to create Kuria, East Pokot, Mt Elgon, Teso and Mwingi counties.

Ijara MP Abdi Ali and his ODM-nominated counterpart Umi Harun joined the push for additional counties and called for the hiving off of Ijara from Garissa county.They say the subcounty has enough resources to stand on its own.

The elders, during a press briefing in Garissa led by Dubat Amey, said Ijara has for a long time been marginalised, thus denying it development.

“If there is going to be the creation of more counties in the country, we want Ijara to be included. Ijara is one of the oldest districts with all government offices operationalised,” Amey said.

“We have been marginalised from Garissa for a long time. We want our own county so we may take the services close to our people.”

Yussuf Abdi, one of the professionals in the group, proposed that Ijara, Bodhai and Hulugho be delimited from Garissa and be part of the new Ijara county.

“We have been having our conversations around the ongoing debate about additional counties in the country. As part of Kenyans, we want to add our voice to this discussion by expressing our support to this effort,” Abdi said.

“Ijara has unique things, in particular, the unique giraffe and the hirolas, unique conservancies. We have more resources that qualify us to become a county.”

Harun Mohamed said Ijara was among six districts-Teso, Mt Elgon, Kuria and Mwingi-that were created in 1992 by the then President Daniel Moi and which have been included in the proposed amendment bill.

“During the Constitution making process, Ijara was among the 74 districts that were proposed to be counties but due to other reasons, it was left out. We believe we need to relook at how the Constitution makers settled on the 47 counties and see if we can have a few additions,” Mohamed said.

If the leaders and elders succeed in adding Ijara to the proposed list of areas to be elevated to counties, and the bill passes in Parliament, it will see Ijara county delimited from Garissa, Kuria from Migori, Teso from Busia, Mount Elgon from Bungoma and Trans Nzoia counties.

The Constitution of Kenya (Amendment) Bill, 2022 also seeks to delimit East Pokot from Baringo and West Pokot; and Mwingi from Kitui.

If the bill passes in the National Assembly and the Senate, it will be forwarded to the 47 county assemblies where it will be required to receive approval from at least 24 counties.

After passing in the county assemblies, it will be forwarded to the voters to make the final decision through a referendum.

If the constitutional amendment passes, it will see an increase in the number of counties from 47 to 53.