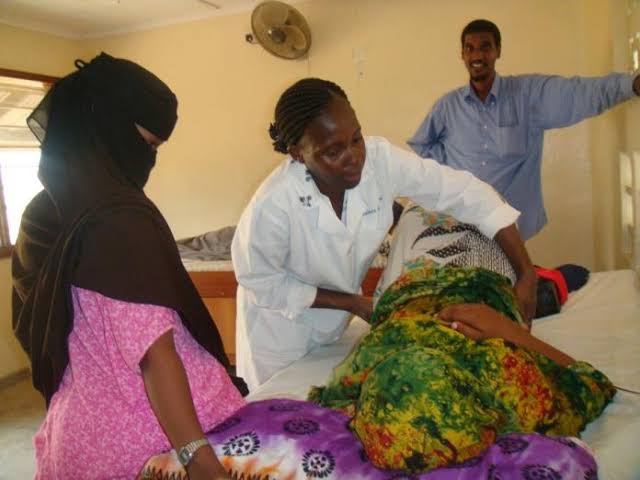 GARISSA—A section of leaders from Garissa county have blamed the increasing fistula cases in the county to retrogressive cultural practices among them Female Genital Mutilation (FGM), home child deliveries and child marriages.

Female Genital Fistula is a condition where women leak urine and stool after giving birth. It is a common occurrence when a mother undergoes prolonged and obstructed labor.

In turn, the women suffer from shame and endure stigma in their social lives because of their incontinence which causes them to produce a bad smell.

Garissa county Health county executive Roble Nunow said that for the past two years, the county reported over 146 cases of Fistula.

Nunow was speaking Tuesday during the launch of Fistula Foundation at Garissa referral hospital where over 250 women in Garissa and neighboring counties are expected to benefit from high quality surgery repair and post-operative care.

The CEC regretted that only 54 per cent of women in Garissa deliver in a medical facility.

He urged men in the community to take a hands-on-approach and ensure that women in their lives did not suffer from fistula, which is preventable and treatable.

“As men, we should ensure our wives and sisters attend regular clinic during pregnancy and also give birth in a medical facility where complications will be promptly dealt with,” Nunow said.

Garissa county director for Women Education and Health Development Fatuma Ali said that most fistula cases are as a result of FGM, rape and child marriages.

Fatuma said that most girls in the county have been married off to older men at a very tender age, exposing them to a lot of what they can bear at that age.

“We are currently handling a case of a thirteen-year-old girl who was raped, taken through the cut a few months later and married off only to conceive and lose the pregnancy due to contraction of the fistula condition,” Fatuma said.

Mohamed said that due to their hidden nature at the community level, women affected by fistula are rarely assisted because they do not get to talk about it.

“Let’s support each other to come on board to access treatment. We all have a role to play, our men are still the decision makers in the society and need to our women to access the kind of treatment they need,” Habiba said

“The launching of Fistula Foundation in Garissa has saved the day since treatment has been brought right to our doorsteps,” she added.

Fistula Foundation is collaborating with other development partners in funding to facilitate and help women in Garissa County access medical assistance.

(This article originally appeared on thecounty.co.ke)

Related Topics:fgmFistulagarissa news
Up Next