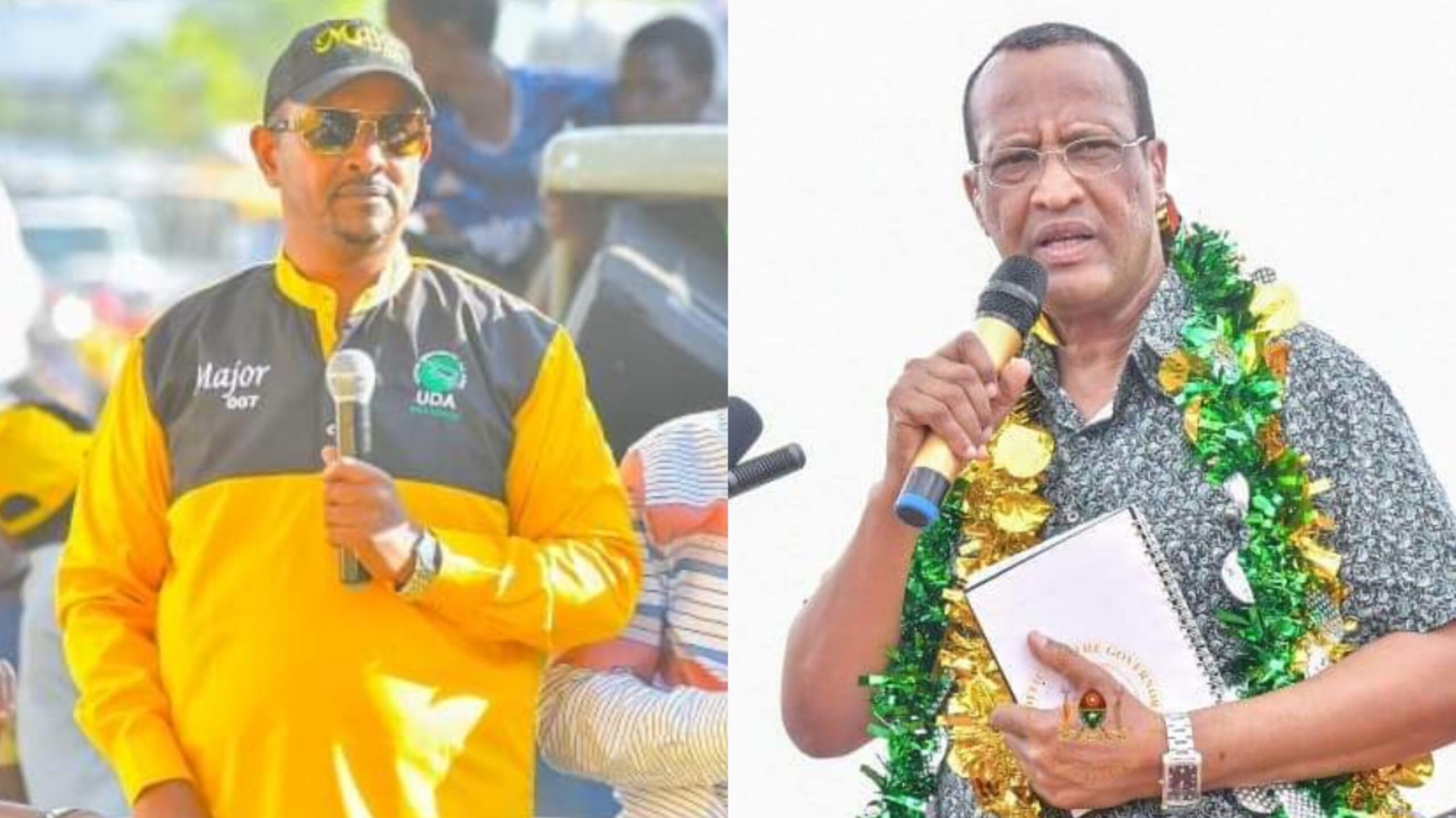 According to sources privy to the arrangement who spoke to Kulan Post in confidence, Nathif was “compelled to make the declaration” by UDA top officials from Garissa and at State House. Two weeks ago, Duale endorsed Major Dekow as his successor following his resignation as MP. Abdullahi Gabane, the Abudwaq elder’s favourite candidate in the August elections, shelved his ambition and announced that he would back Dekow in the January mini polls.

At his inauguration at Garissa Primary School playground, Duale took credit for Nadhif’s victory while the governor thanked him for the support. Local political analysts believe Duale used the Dekow factor to cripple the campaign and candidacy of Ali Korane, a candidate endorsed by Abduqwaq clan elders.

Dekow’s bid for Garissa Township is threatened by Abdinasir Dolad, famously known for his moniker “Jofle”. The UDM candidate was the runner-up in the August polls. Previously an ODM ticket holder, Jofle switched sides, joined the Ali Roba-led party; a member of the Kenya Kwanza Alliance. The Garissa Township by-election is a litmus test for the breewing Duale-Roba duel.

“As a way of proving his loyalty to the President (Ruto), Governor Nathif is under pressure to endorse the UDA candidate for Garissa Township and go against his clanmen’s favourite candidate, Abdinasir Jofle. He’s between a rock a hard place,” noted our source who sought anonymity due to his place in the arrangement.

Six candidates have been cleared by the Independent Electoral and Boundaries Commission (IEBC) to vie for the Garissa Township parliamentary by-election slated for January 5.