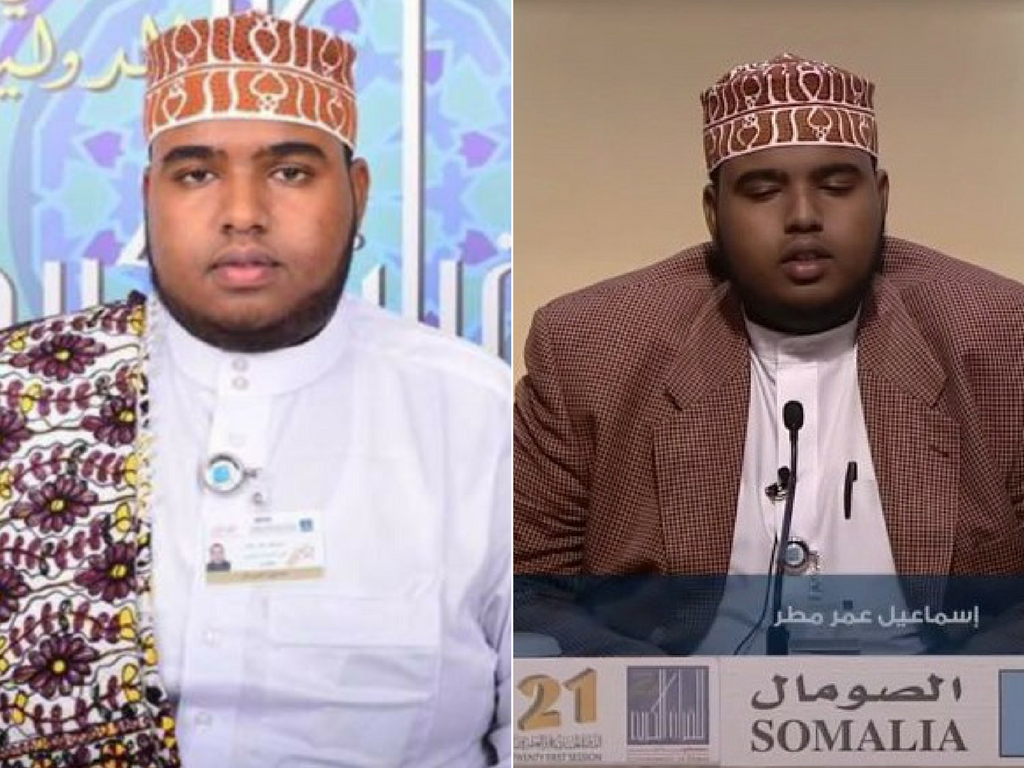 Ismail Omar Madar was reportedly arrested while trying to fly to Qatar.

HARGEISA—Somaliland authorities have arrested a participant who represented Somalia in the just concluded Dubai International Holy Quran Award, three days after he was expelled from Dubai, unceremoniously.

Ismail Omar Madar was arrested Saturday while trying to “travel to Qatar,” a government official has said.

“We arrested him (Madar) while he was set to fly to Qatar,” Bashe Awil Haji, Somaliland’s representative to the UAE told the local media.

He said Omar Madar was arrested on the grounds that he went to Dubai to participate in the Quran competition while representing Somalia.

“When he came to Dubai, he appeared to have had ulterior motives…His trip was aimed at discrediting the UAE (United Arab Emirates),” he said.

Immediately after he was told to leave the country, Omar Madar recorded a video at the airport, seemingly disappointed that he would not participate in this year’s annual competition.

“InshaAllah (God willing) everything will be alright,” he said in the short video that was widely shared across the networking sites.

The video was not well received in Somaliland where he was accused of “being a traitor”.

In February, Somaliland authorities arrested journalist and philanthropist Abdimalika Musa Coldoon following an interview with the new Somali president, Mohamed Abdullahi Farmajo at Mogadishu. He was arrested upon arrival in Somaliland and sentenced to two years in prison.

Similar arrest were previously meted out on artists and musicians who went to Somalia to perform.

Somaliland has severed ties with Qatar, siding with UAE in the gulf crisis.