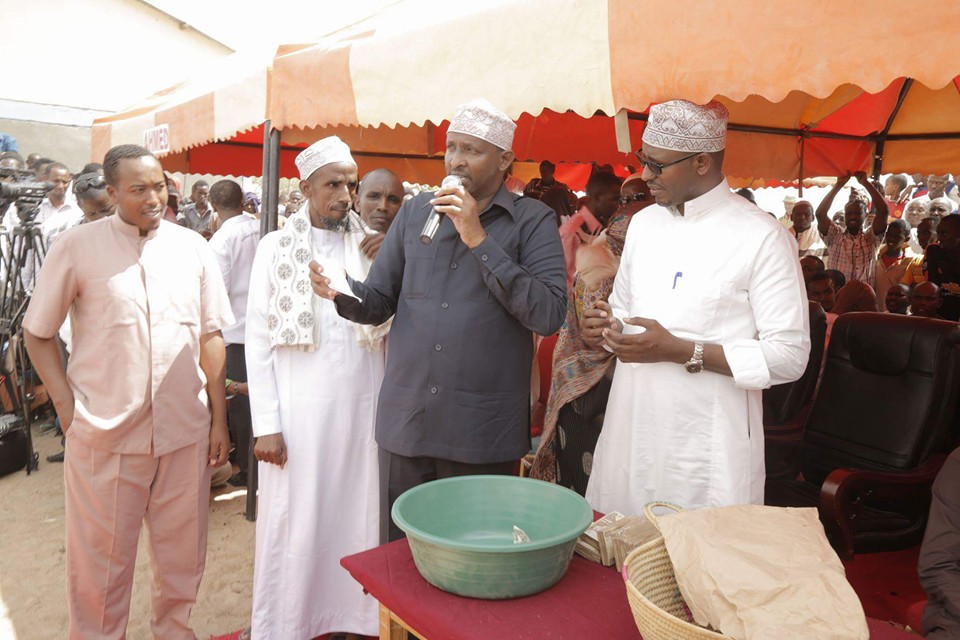 WAJIR—Wajir governor Ahmed Abdullahi may not get compliments from the Majority Leader in the National Assembly Aden Duale after he openly and publicly told him off over Jubilee move.

On Saturday at Ademasajida in Wajir County during a fund-drive to support a local Madrasa, governor Ahmed Abdullahi said he would not be coerced to move to the Jubilee party, adding that Wajir County was an opposition turf.

“The time of shepherding us to support a party of not our choice is long gone,” the Wajir governor said at Ademasajida on Saturday during a fund-drive for a local Madrasa where Duale was the chief guest.

The comment caught Duale off guard since moments earlier, he was all praise of the governor and his track-record.

“The fruits of devolution being enjoyed by the underdeveloped counties was championed by Cord co-principal Raila Odinga. Kenya will be better off in the hands of Cord,” governor Ahmed said.

“It is everyone’s right to debate for his or her side but my side should also be respected,” he added.

In the last six month, the Garissa Township MP has been to Garissa, Wajir and Mandera counties a dozen times in a bid to convince the locals to vote for his Jubilee bosses–President Uhuru Kenyatta and Deputy President William Ruto. He was tasked to win the hearts and minds of his own backyard.

In the pecking order, Mr Duale is the third most powerful figure in Jubilee’s political hierarchy and an affront on him is likely to attract counter-insurgency measures from the establishment.