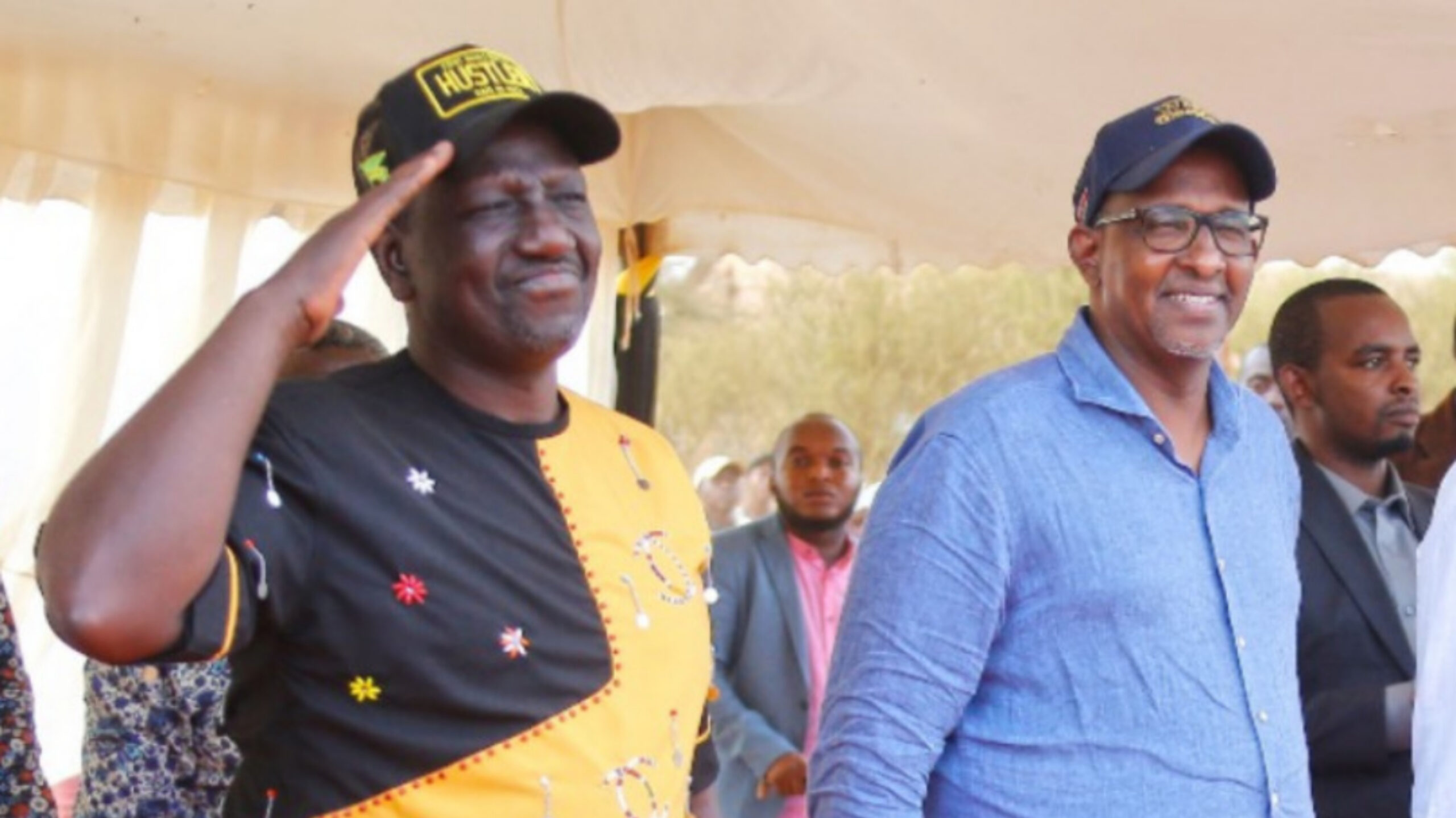 NAIROBI—President William Ruto earlier this week unveiled his cabinet comprising of 21 Cabinet Secretaries (CS) who will be in charge of various ministries.

In a televised speech on Tuesday afternoon, President Ruto announced the nomination of several political figures.

Among the announced individuals is the MP for Garissa Township Aden Duale who was unveiled as the new CS for Defense, replacing Eugene Wamalwa. The outspoken ranking MP in the 12th Parliament is the only Somali to appear in the list of ministers and the second man from Nothern Kenya to hold that docket after the late Yusuf Haji.

Duale was first elected MP for Dujis in 2007. In 2013, he became the MP for the newly created Garissa Township, a post he is set to hold until his confirmation by a parliamentary vetting committee. If his peers grant him a clean bill of health, Duale would have served for four uninterrupted terms as legislator and one of the most vocal. Since President Ruto won the presidential election, word has been going round that Duale would be rewarded for his political loyalty to the “Hustler-In-Chief.”

However Aden Duale is not new in the executive. He served as a the Assistant Minister of Livestock and Development while President William Ruto as minister for Higher Education in the 2007-formed Grand coalition Government between Raila Odinga (Prime Minister) and the late president, Mwai Kibaki.

In the contested, bloody 2007 General Election, Duale and Ruto backed the presidency of the former Prime Minister Raila Odinga since they were members of his ODM party. In August 2011, a bitter fall-out occured and Raila suspended Ruto and Duale over “rebellion.” The two walked out and formed own party—United Republican Party (URP).

After Ruto and Duale re-located from Raila’s ODM to form URP, they joined forces with Uhuru’s TNA to form a government that was lead by the former President Uhuru Kenyatta and his predecessor William Ruto (then deputy president). URP was given the Majority Leader position in the National Assembly
Ruto’s party nominated Duale to be the first to hold that post under the 2010 Constitution.

Duale lost the post in 2020 alongside his Senate counterpart, Kipchumba Murkomen due to the “Handshake Effect” since both legislators declined to support the Uhuru-Raila union.

In an interview with Kulan Post, Duale said Uhuru openly asked him to ditch Ruto.

“I said I am Muslim and I can’t do hypocrisy. I simply declined,” he said.

With a growing pressure at the Jubilee party coupled with the parliament purge, William Ruto together with other politicians who fell victim of the Handshake Effect formed a new party named United Democratic Alliance (UDA) after the President showed the green light to support Raila Odinga and abandon his deputy who helped him clinch the top seat twice.

Playing the opposition role, members of the newly-found party fought very hard against a sitting president aided by the State machinery. Against all odds, Ruto won the presidency trouncing Raila Odinga.

President Ruto is largely considered “a staunch” Christian due to his many Church appearances. At one point during a church service, he proclaimed that “Kenya is a Christian nation and we have no apologies to make.” He was heavily criticised for his statement by Raila Odinga who stated that Kenya was “for all.”

During the Ramadan, Ruto held an Iftar dinner at his residence. He clearly stated that his “strong Christian belief was inspired by the Muslims.” The new proclamation just indicated how much Ruto wanted to ward-off the fear among Muslims at an electioneering period.

Within the Muslim community, Duale strike out as a man who likes to support Islamic institutions. He was severally singled out by the religious leaders as the only political leader who is a common sight at fundraising events for mosques and madrasas. Additionally, Duale is mostly the only leader who speaks for the interest of Muslims and Somalis. Political analysts belief that having Duale under his fold helped Ruto shed his “extremist Christian views.”

From the record, Ruto has never been to Northern Kenya, the Coast or Islamic events without the company of Duale.