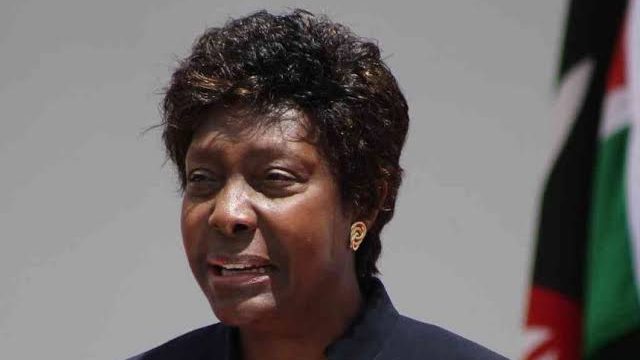 The governor attended the previous familiarisation rallies held in Kakamega and Mombasa alongside Raila Odinga but decided to skip the event on Sunday.

Sources who spoke to Kulan Post intimated that Governor Ngilu excused herself from the Garissa rally for fear that the crowd “will turn on her with boos and jeers over previous remarks she made on Somalis in her county.”

In September last year, Ngilu found herself in trouble following the emergence of an audio clip in which she appears to be inciting residents of Kitui against Somali herders in her county.

In the clip from 2018, which has since gone viral on social media, Ngilu is heard telling Mutha residents in Kitui county that she will fund, train and arm Kamba men to face Somali herders who she accuses of encroaching on Ukambani farms.

The governor is further heard saying that the herders should not think that their guns are more powerful than the bows and arrows the Kambas have.

“Dont think those guns are so powerful, I will give you money to get some and train our men on how to use a gun, bows and arrows so that we can do away with these people, there is no other option.

Hundreds of Kitui residents have been forced to flee their homes after herders from neighbouring counties invaded their homes in search of pasture for their animals.

“The government must ensure that no leader incites members of the public against each other and cause anarchy. The utterances by Ngilu are unfortunate and can have serious ramifications,” Keynan tweeted on Wednesday.

The Jubilee legislator said Somalis were not second-class citizens and asked the government to protect them as drought and famine continues to bite parts of the larger North Eastern region.

The National Cohesion and Integration Commission (NCIC), in a statement said they were aware of the clip and that it was not new, adding that they had contacted the National Police Service who are already investigating the matter.

~Addition report by the Nairobi News