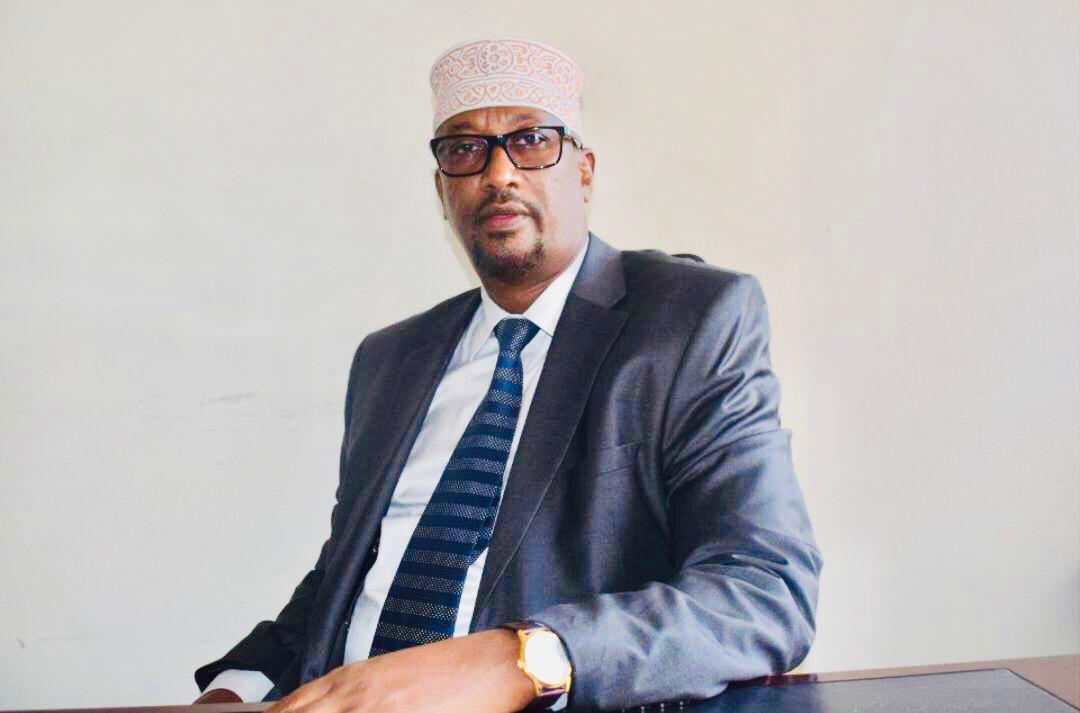 NAIROBI—Much of what is bedeviling the people of the formerly Northeastern Kenya is of their own doing and it has everything to do with lack of accountability on the politicians they choose to represent them.

Speaking to Kulan Post at his office in Nairobi, Mohamed Abdinoor alias Dayow—a prolific philanthropist and humanitarian who has had a first-hand experience with the challenges faced by the locals in the region—noted that periodic accountability on the elected leaders would lessen the burden of undelivered political pledges.

“It’s unfortunate that after every five-year term, we drum up support for the incumbents without actually grilling them on their performance,” said the formerly Chemistry and Mathematics tutor.

Born in Wajir in the early 70’s, Mohamed Abdinoor attended his lower education at Jogbaru Primary School and later joined Wajir High School where he completed his “0” level in 1991.

A while later, he got admitted into Kenya Science Teachers College to train as a high teacher

“I got my first placement at Mandera Secondary School,” Dayow recounted, adding that he resumed studies at Egerton University at Njoro in Nakuru County for his first degree while still a teacher.

Dayow’s stint at teaching stopped when he joined the humanitarian world, first as a project manager for the Kenya Red Cross Society, rose the ranks to serve as the regional coordinator for the formerly Northern Frontier Districts (NFD)and later served as the Head od Disaster Management. He later joined the Truth, Justice and Reconciliation Commission as Regional Coordinator.

Armed with Twenty-Four years’ experience in development and humanitarian emergency gained while working withInternational Organizations serving vulnerable communities in Kenya, Somalia, Uganda and other Horn of African nations, Dayow believes that prioritization of needs, effective community participation, and sharable resources is key to the success of devolution. .

“We have disintegrated as a society: we have been conditioned to align with our clans and other myopic identities forgetting that unity of purpose is enough to have us realize the fruits of devolution,” he noted.

Tucked with two Master’s degree on leadership and policy as well as Project Management from Moi University and SalfordBusiness School- Manchester University in UK respectively, and currently undertaking a doctor of philosophy degree, Mohamed Dayow observed that most of the candidates for leadership positions lack the “capacity to understand and execute their roles when given the opportunity.”

He also challenged the voters to put the leaders on constant check-and-balance while calling on the leaders to respond to the call for the same. We shouldn’t expect development from the same leaders that we continuously ask them for handouts.

“Keep in mind that even if they dodge questions from the people who trusted them with leadership position, God is there to judge them, ultimately,” said the celebrated philanthropist, who is currently leading a campaign to help a nursing student from Wajir to offset medical bills.

He particularly took issue with his home county of Wajir which led the country in corruption index for three years in a row.

According to a report by the Ethics and Anti-Corruption Commission, for the third successive year, Wajir has been named the most corrupt county, with 71.7 per cent of service seekers reporting being asked for a bribe.

“From the onset, Wajir County was among the best performing counties, but lately there’s nothing much to write home about,” Dayow said. “Our County Assembly has failed in is oversight role unfortunately and other organs charged with oversight are not doing any better either” said Dayow.

When asked if he’s interested in any elective post, he responded that: “Everything has its appointed time.” Let’s cross the bridge when we get there.