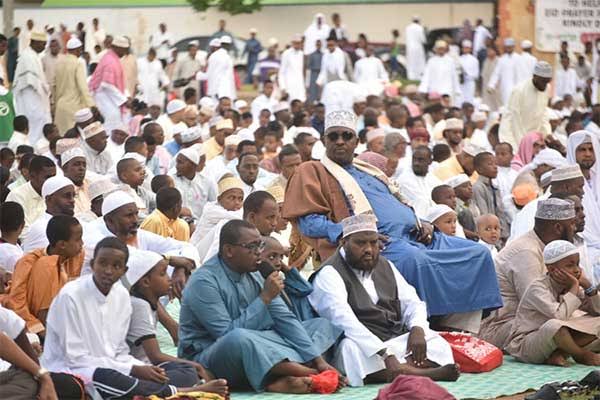 NAIROBI—Muslims in Eldoret, Uasin Gishu county have raised concerns over discrimination of the community in the issuance of identification cards.

The Muslim residents led by the chairman North Rift Council of Imams and Preachers of Kenya (CIPK) Sheikh Abubakar Ahmed Bini and Member of County Assembly (MCA) Ramadhan Ali accused the government of employing discriminatory policies against Muslims in the issuance of identity cards and subjecting them to strict vetting process that has contributed to many of them failing to get the vital documents.

In their remarks, the leaders noted that it is the constitutional right of every Kenyan attaining 18 years to register and be issued with a National Identity Card (ID) and asked the government to stop discrimination of Muslims in the issuance identifica- tion documents.

The leaders were irked by revelations that Muslims in the region which is not a border county were being subjected to a rigorous and cumbersome vetting process while trying to obtain vital documents which include national Identity cards and passports.
Sheikh Bini said unlike their non-Muslim countrymen, those who professed the Islamic faith were being asked to provide more documents to prove that they were indeed Kenyans.

He pointed out that every Kenyan has a constitutional right regardless of tribe, religion or race to be issued with IDs stressing that their dreams should not be shattered by the lack of identification documents.

The CIPK chair asked Interior Cabinet Secretary Dr Fred Matiang’i to intervene and put in place a timeline to ensure that the youths in the areas affected are not discriminated against and are issued with identity cards.

“We as North Rift Muslim leaders asked CS Matiang’i to intervene so as young Muslims in this region and other parts of the country are Issued with IDs to be able to participate in the devel- opment matters,’’ said Sheikh Bini.

On his part, Ramadhan Ali lamented that majority of Muslims in the region cannot open up bank accounts, benefit from government fund nor venture into businesses for lack of IDs and called on the government to ease issuance of the document.

The MCA decried that many Muslim youth do not have IDs due to the stringent vetting process and regulations and called on the government to ease the process imposed on the Muslim community to facilitate the issuance of the important documents to applicants
‘
“Applicants for national IDs and pass- ports with Muslim names have always been subjected to a tedious discriminatory vetting process and this has persisted for long and we continue to see Muslims being deliberately denied IDs and pass- ports,” he said.

For years Muslim leaders have raised complaints related to unfair treatment in the issuance of vital documents like national identity cards, birth certificates and passports.