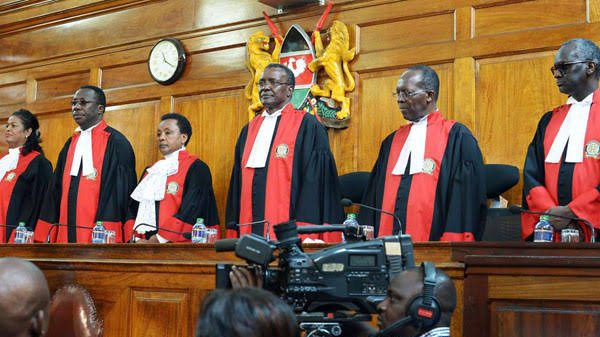 NAIROBI—The Supreme Court has dismissed an application to review the Hijab case and instead referred the matter to the High Court.

In a ruling delivered by Judge Njoki Ndun’gu, the court said the matter should be filed as a fresh petition in the High Court.

Though it acknowledged that the issue of Hijab needed to be addressed as it was a matter of national importance, the country’s apex court chose again not to look issues of substance raised in the case and directed the matter to a lower court.

“Any party which would wish to institute the matter should do so at the High court,” the judge said yesterday during her ruling which upheld the decision made the Supreme Court in January last year.

Just like the initial ruling which set aside the Court of Appeal verdict which had sanctioned the wearing of Hijab in schools, Jackton Ojwang differed with the rest of the bench and issued a dissenting view which supported a review of the ruling.

“Because the court had acknowledged that the matter was significant, it should have looked at the substance of the matter not on a simple technical issues,” said lawyer  Abdallah Ahmed Mazrui.

The matter arose during a case filed in the High Court by an Isiolo parent Muhammad Fugicha who went to court seeking to quash a directive from the St. Paul Kiwanjani Seconday School banning the wearing of Hijab by Muslim students.

The High Court ruled against the parent and the matter went to the Court of Appeal which dismissed the ruling citing constitutional provisions on fundamental rights of citizens specifically on freedom of worship. The Methodist Church which is the sponsor of the public -funded school filed an appeal at the Supreme Court which in January last year set aside the Court of Appeal ruling.

“The implication of this ruling is that it emboldened those who are against the Hijab and was used as a pretext by administrators in educational institutions to further restrict Muslim students from exercising their right to wear the Hijab and practice their faith,” the Muslim leadership said in a joint statement in response to the ruling.

The Supreme Court ruling came as the Education ministry intervened and rescinded the expulsion of 17  Seventh Day Adventist (SDS) students of Kabianga High School who had been expelled for skipping examinations which were held on a Saturday-their day of worship.

The County Director of Education Zachary Mutwiri directed that the suspended students return to school and continue with studies. “The school has been instructed to come up with a programme that respects all religions,” he said.

In August last year, the High Court ruled that students adhering to the Rastafari faith should not be sent away from school for exercising their constitutional right to freedom of faith.

Amidst these rulings, Muslim students have been facing challenges in exercising their religious rights in matters to do with Hijab, being granted a place of worship and being forced to attend religious services of other faiths while little has yielded from petition filed in the courts.

In September last year, the Muslim leadership in a public pronouncement expressed its concerns on the injustices being perpetrated against Muslim students in educational institutions and accused the Judiciary of taking a  “clear double standard approach”  when it came to adjudicating on Muslim issues.

“In January this year, even after it acknowledged that the matter before it was an important national issue, the Supreme Court of Kenya chose to disregard clear constitutional matters of substance raised in the case and instead focused its attention on technicalities which was the basis for its decision to refer the matter back to the High Court for adjudication,” the statement said.

“The Supreme Court was deliberately established to among other things settle constitutional issues for the nation. One would have expected the matter to be given the attention it deserves sooner,” leading Muslim institutions which comprised of Jamia Mosque Committee, Supreme Council of Kenya Muslims (SUPKEM), National Muslim Leaders Forum (NAMLEF), Ummah Foundation and Maahad Da’awa Organisation said in a joint statement published in The Standard newspaper which also highlighted other challenges including inclusion of pork on the school menu in some public schools without consideration of the dietary concerns of Muslim students.