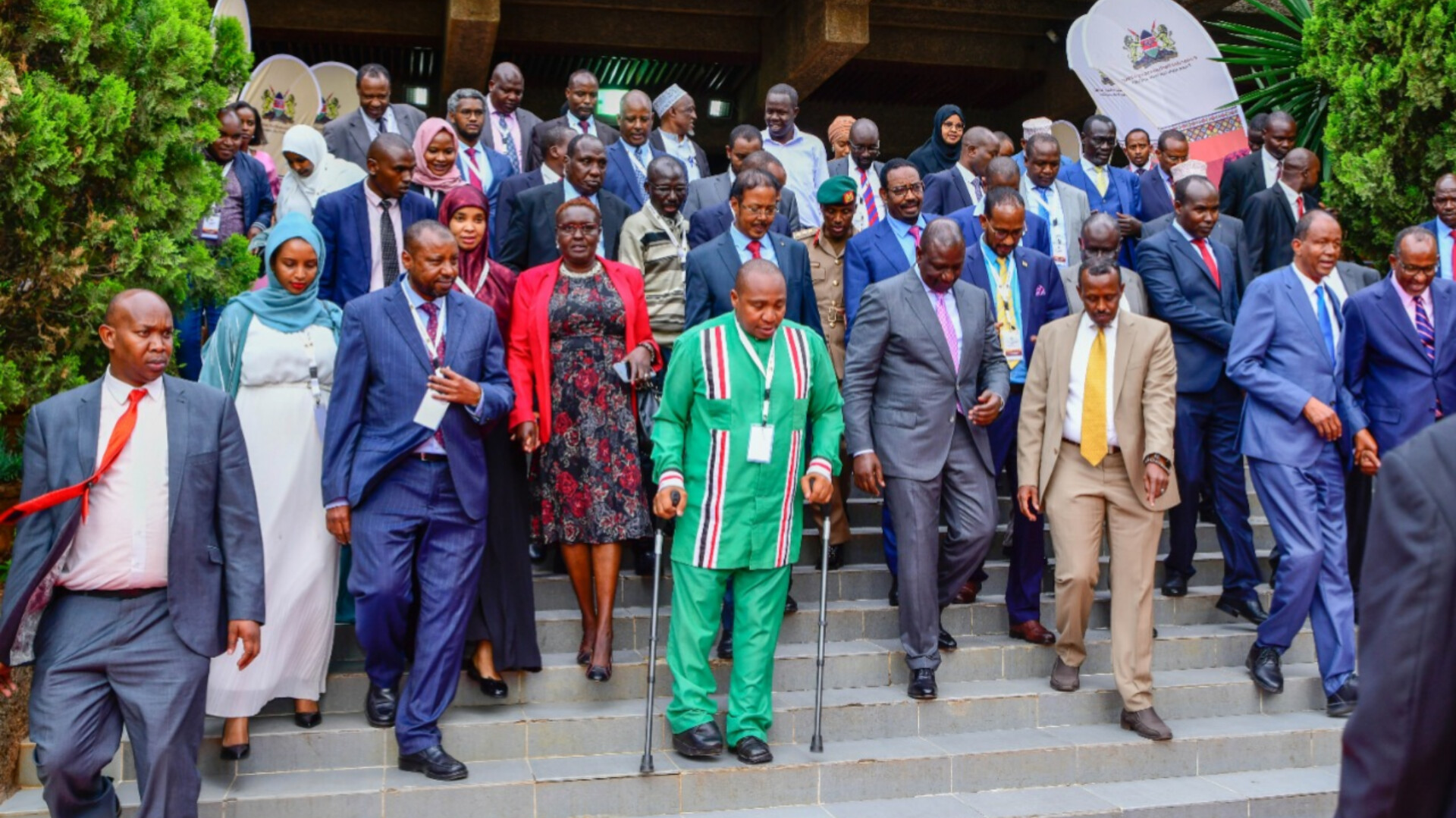 NAIROBI—The Government will deal firmly with drivers of illegal arms in Arid and Semi-Arid areas.

Speaking on Monday during the opening of an induction workshop of the Pastoralists’ Parliamentary Group at KICC in Nairobi, President William Ruto said the move is necessary and urgent as it will nurture peace in these areas.

“We must bring cattle rustling, banditry, ethnic violence and other forms of insecurity to an end,” he said.

The President asked the MPs to be ingrained in the discourse to foster harmony and stability in Northern Kenya. With stability, the President maintained, the region stands to move forward.

“We must press on with determination in advancing our agenda to unlock the potential of ASALs to mitigate pastoral vulnerability,” he noted.

He further assured the leaders of the Government’s commitment to fully operationalise the Equalisation Fund, a kitty that aims to provide basic services such as water and roads to marginalised regions.

“We will bring the pastoral economy into play in a decisive and transformative way,” the President said.

He added that: “it is time the region stopped electing leaders on the basis of their clans but on their vision, plans and development credentials.”

Why Muslims won’t be able to access the “Hustler Fund”