Raila to serve treason charges if he goes ahead with swear-in plans, AG says 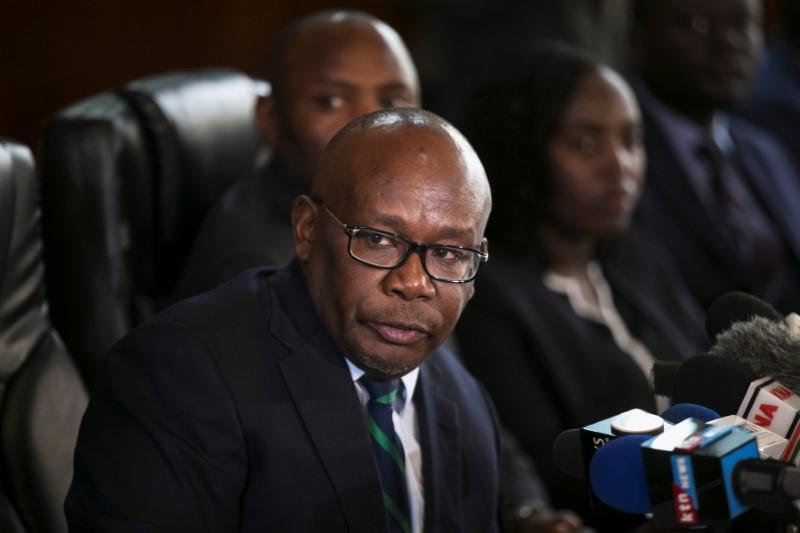 NAIROBI—Attorney-General Githu Muigai has warned against the plan to swear-in NASA leader Raila Odinga as the ‘people’s president’ a week to the set date.

Speaking to journalists at the State Law office in Nairobi on Thursday, Prof Muigai said swearing-in Mr.Odinga would be an illegality attracting charges of treason.

“I reiterate the any attempts to swear in any person as president other than the one elected in line with the constitution and in a manner provided for in the law is unlawful, illegal null and void ab initio,” he said.

The chief legal adviser to the government said such an inauguration would be outside the Constitution because Kenya already a sitting president and NASA will be violating Constitution Article 3(2) obligating everyone to uphold and respect the Constitution.

“Any attempt to establish a government otherwise than in the compliance with this constitution is unlawful says Subsection 2. The law is as clear as day and night.” Stated Muigai.

He said the government would not stop at anything to prevent breach of the rule of law and the constitution. Any person, who takes part in such an inauguration, will face the law as it will be an act of treason.

The Penal Code says anyone who tries to form a government contrary to the Constitution could face charges of sedition, undermining a legitimate government and treason, which is punishable by death.

Mr Odinga, who pulled of the October 26 repeat presidential poll, has maintained that he won the August 8 poll but was rigged out through manipulation of numbers in IEBC servers.

NASA, however, cites Article 1 giving all sovereign power to the Kenyan people, as justification to swear in Raila as the People’s President.

County offices to be ready in due course, Korane assures

Uganda withdrawing its troops from Somalia