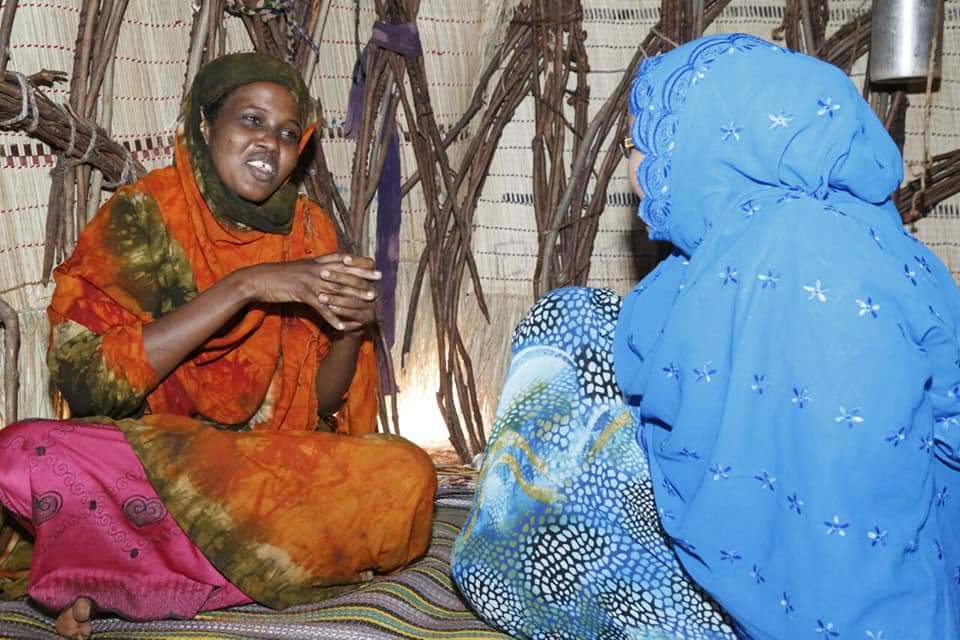 Fatuma Gedi listens to a woman after she gifted her a house in Wajir.

NAIROBI—The detectives from the Directorate of Criminal Investigations are now trailing the individual who sponsored the fake sex vidoe on Wajir County Women Representative.

According to sources  privy to the probe, the detectives have already identified the creator of the vidoe.

“He (suspect) was nabbed using digital footprints that led to his laptop IP address,” the source at the DCI cybercrime unit told Kulanpost  in confidence.

When we requested for the identity of the suspect, the detectives insisted that, “To expose the identity of the video creator will jeopardize investigations because the Woman Representative is interested more on the person who sponsored the content.”

The detectives were successful to posses the original sex video before the face of Fatuma Gedi was plastered digitally in a process called “video photoshopping” which is a new discovery in the digital video production.

Women Members of Parliament have come out to strongly dismiss the sex tape.

“How low have people sank! Someone photoshops pornographic videos to implicate a leader for politics sake!” Wanga said.

County representative from Wajir assembly on Friday condemned the video saying the clip set bad precedent as more people would now use same method to character assassinate figures in future.

Women campaigner and gender advisor to Wajir governor, Habiba Dubakira said the attack on Fatuma was an attack on womenfolk.

“Yes the vidoe was photoshopped and try men (sic) behind it could not even get it right. Fatuma is a woman of substance,” Fatuma Dayib said.

Farmajo’s election victory, the high hopes and what’s in store