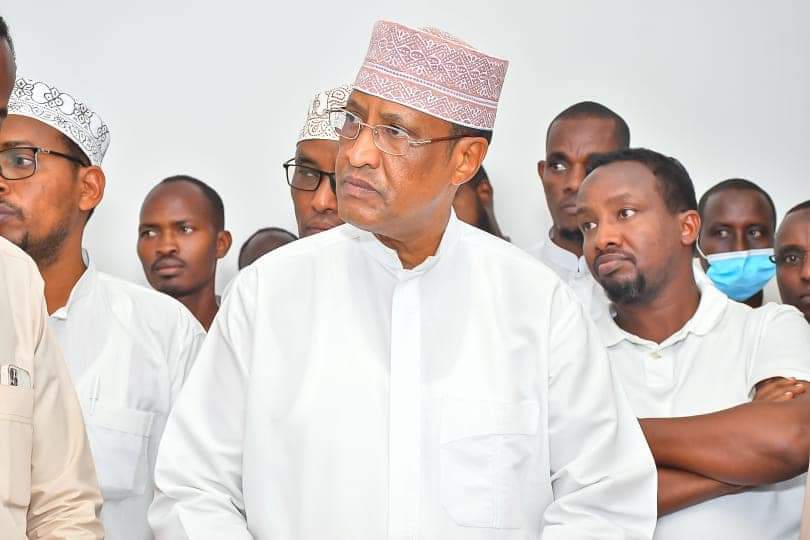 Speaking after the launch, Nathif said his administration was committed to making sure all road networks within the municipality and its environs were upgraded to better standards.

The upgrading of the roads will also include installation of integrated solar lights, drainage and footpaths, which will enable pedestrians and motorists, move freely without fear of getting mugged and traders operate their businesses for longer hours.

The two access roads are being funded by the World Bank under the Kenya Urban Support Programme.

The Governor noted that improvement and maintenance of the existing road network would also benefit the community through easing access to social, education, markets and health services.

“Road users across the county will benefit from the improvement in road upgrading and maintenance through lesser travelling hours and reduced vehicle operating costs,” he said.

Nathif also commended the World Bank team for its technical support towards the construction of roads and other public utilities in the county, noting that it will go a long way in opening up the road network in Garissa County.

He also called on the two contractors awarded the contract to adhere to the specifications and complete the works within the set timeline of six months.

“In 2013, I re-carpeted Kismayu road which is the busiest road in this town and up to today, it does not have even a single pothole. Those are the standards that I want you to uphold,” he said

At the same time, the Governor said the county would rename some of the major streets in Garissa town in order to adopt names which bring pride to the people.

“We will do away with street names like Miraa Road and seek to rename them after some of our own heroes and heroines,” he said.