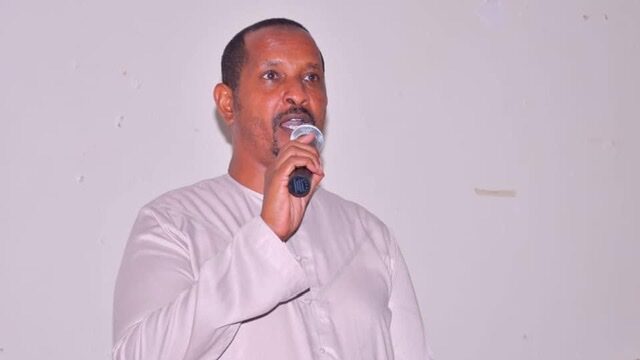 GARISSA—Tension has gripped within the backyard of Governor Ali Korane as influential kin has declared his interest in the Garissa gubernatorial race.

Major (rtd) Dekow Mohamed the young brother of former Chief of General staff Mohamud Mohamed has been making inroads within his clan circles to seek endorsement.

If given a go ahead by elders he said he is ready to battle it out with the incumbent as well as former Governor Nathif Jama who has also indicated a comeback amongst other candidates.

Clan and elders endorsement is critical in Northeastern region’s political survival as they play pivotal roles in either giving green light for one to contest or reject it.

Major Dekow as he is popularly known belongs to the same larger Abduwak sub-clan as that of Governor Ali Korane, Dekow is also married to Korane’s sister while the Governor is also married to former Chief of General staff’s daughter Mohamud Mohamed who is Dekow’s elder brother.

Unlike the last election where Korane had undivided support of his Abduwak clan, the entry of Dekow into the race complicates his second term bid to defend his seat.

However, his allies believe he still commands significant support and the entry of Major (Rtd) Dekow will not have a negative impact in his bid to defend his gubernatorial seat.

Korane led administration has been facing challenges in terms of health, education as well as water, with acute water shortage witnessed within Garissa town, the Governor is also facing embezzlement of Ksh.233,506,000 World Bank grant charges in court.

In the run up to 2017 elections Abduwak clan formed an alliance with their Samawathal counterparts that saw them sweep most of the seats in Garissa under jubilee ticket, in the arrangement Samawathal fronted senator and Deputy Governor seat while Abduwak had the governor as well as women representative.

For the past two weeks, the former military man has been busy meeting local elders asking them to give him a go ahead since he has been the first to declare his interests in the seat.

During last elections, Governor Korane and his competitors were required to apply to the Abduwak elders locally known as Geet, who deliberate on the best candidate to face off with their rival clan, and their elders also determine which clan to make a coalition.

“I am ready for the elders’ verdict because we respect you and we believe you will be fair to us all, what we need is a transparent process, the same as the 2017,” he told local elders last week.

Speaking on behalf of Governor Korane, Aden Sigale said the governor’s support base has not changed and his comeback is ‘unquestionable’

“There is nothing to panic, the clan structure that propels him to the seat is still intact, Korane as an incumbent has an upper hand,” he told the standard yesterday.

“The clan structure that had propelled him to the seat is still intact, there is nothing to panic, Korane is unstoppable and he is here to stay,” said Aden Sigale.

The MCAs have since dropped the ouster motion after intense lobbying.