Less than 400 students from Northern Kenya eligible for university; the worst in recent times 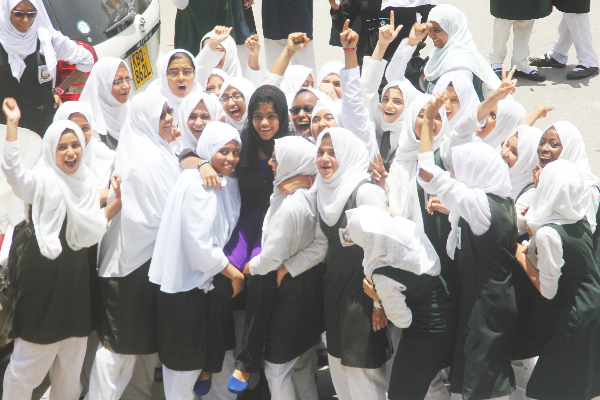 The outcome was made worse by the high number of D+ in the region.

The educationist in the region termed the results “absurd”, saying it was meant to “harm the progress of the region and return it to its former place.”

Former Mandera senator and one of the leaders who vehemently campaigned for more teachers when the teachers union called for boycott in early 2015, said the number of students left out in the university intake will amount to waste of human capital.

“Only 16% (1,440) of all students who sat for KCSE last year in Garissa, Wajir & Mandera counties obtained grade C & above,” he tweeted on Saturday, gaining retweets from over 100 users.

“He added, “The remaining nearly 8,000 candidates obtained D & E grades. A human capital waste that the government should find a solution to.”

“This is politically correct examinations. Politics of education in Kenya isn’t something new,” a veteran teacher and an educationist told Kulan Post in confidence because he is not allowed to discuss the results with the media.

On Twitter, the topic was discussed with emotions where some users accused the government of “ill-motives.”

“While I agree with you the mass transfer of ‘non-local’ teachers was a big blow, the impact on the results were minimum. There’s more to the marking than the teaching,” Abdinasir Mohamed Khalif‏ wrote on Twitter in response to why the results were not encouraging.

“It’s by design, they are afraid of flooded intellectuals with no employment that can easily spearhead a revolution against the human atrocities as few elites enjoy,” another user, Innocent‏ @billgrahams1 replied.

Khalif Rage Ali‏  tweeted, “The Northern Counties should prepare and pay for their students to sit for International GCSEs, IGCSEs, O levels or A levels  and avoid prejudiced Kenyan exams that deliberately fails our students. The marking is based on lottery students from the four northern counties have no brains.”

“No! no !Its all about dubious marking scheme that is sensitive to the region one hails from. Education has been political tool in this country since independence. Some regions must never pass. Now it’s the whole country,” Bari‏ @abdiaziz_a.

In Wajir County, there were 57 students who made it above grade C+. In Garissa, only 186 students had grade C+and above while in Mandera only 94 made the cut.

We made several request for interview with the ministry officials, but it was turned down “because the staff and directors are on holiday.”