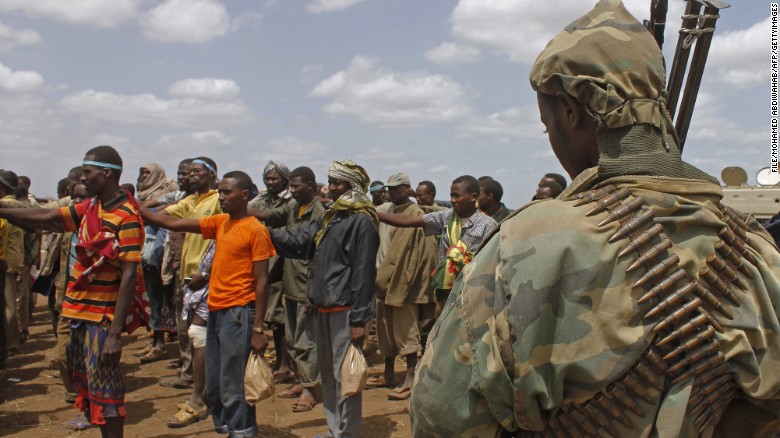 NAIROBI—Close to 100 Al- Shabaab militants were killed by Ugandan- AMISOM contingent when the militant group attacked their Forward Operating Base (FOB) in Bulo-Marer in  Lower Shabelle region of Somalia.

According to the  latest military intelligence BDA on Tuesday, Somali officials confirmed that they collected 53 Al-Shabaab militants’ bodies killed in the Sunday AMISOM military base attack.

An additional 36 bodies were also collected on Monday bringing the death toll of the militants to 89.

Lt. Col Deo Akiiki, the deputy army spokesperson confirmed the attack by Al-Shabaab militia on their base and said eight of the vehicles belonging to the terrorists were destroyed.

“A large number of Al-Shabaab fighters began firing from under the trees, it was a hellish battle,” Somali army Major Farah Osman, who is stationed near the AMISOM (African Union Mission in Somalia) base, said.

Over 50 Ugandan soldiers were also killed in the intense attack that involved exchange of fire with the militia.

A series of recent attacks  by Al-Shabaab have underlined the movement’s resilience. In October the group was responsible for one of the bloodiest single terrorist attacks since 2001 when a bomb killed more than 500 people in Mogadishu.

Related Topics:Al-ShabaabamisomUgandan- AMISOM
Up Next