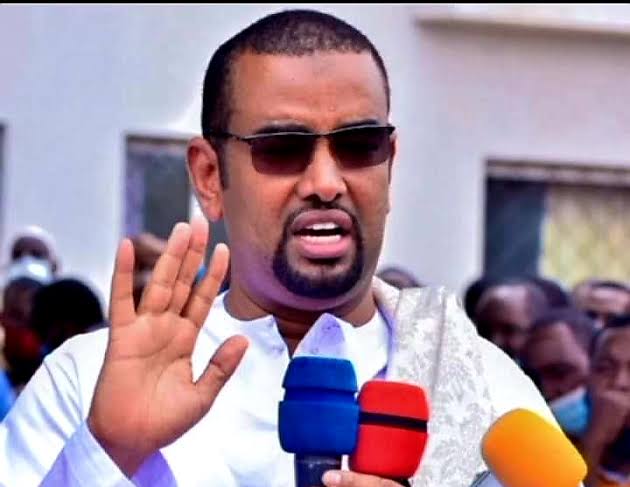 NAIROBI—Wajir West Members of Parliament (MP) has reportedly made unspecified threat against one of his constituent at a hotel in Nairobi.

Speaking to Kulan Post after he lodged a report at the Kilimani Police Station, Abdijabar Mohamed said he was threated by his area MP, Ahmed Kolosh.

“We coincidentally bumped into him (Kolosh) at Serena Hotel. He was in the company of Eldas MP, Adan Keynan and two other individuals. When he saw me, he told me ‘athiga waan iskakaa kari waayay balse waad ka shalayn doonta’ ( roughly translated as ‘you have been meddling in my affairs, but you will end up regretting),” Abdijabar recounted.

A copy of the police OB form obtained by Abdijabar. (Courtesy)

Attempt to reach Ahmed Kolosh for response ended in vain and has not responded to the allegations by the time of publishing this story.

The officer commanding Kilimani Police Station (OCS), Muturi Mbogo, confirmed to Kulan Post that such complaint was made at the station on the evening of Saturday; 4th of June 2022.

“I can confirm that such report was made at our station, but I can’t elaborate further since the matter is now under investigation,” Mbogo clarified.

Two months ago, a section of Rer Mohamud elders endorsed Ahmed Kolosh for a second term but Yusuf and Mohamed Ahmed, the son of the late minister and former area legislator Ahmed Khalif, are challenging Ahmed Kolosh for the parliamentary seat in the August elections

Ahmed Caato:The man who dismissed his ambition to “Restore Hope”