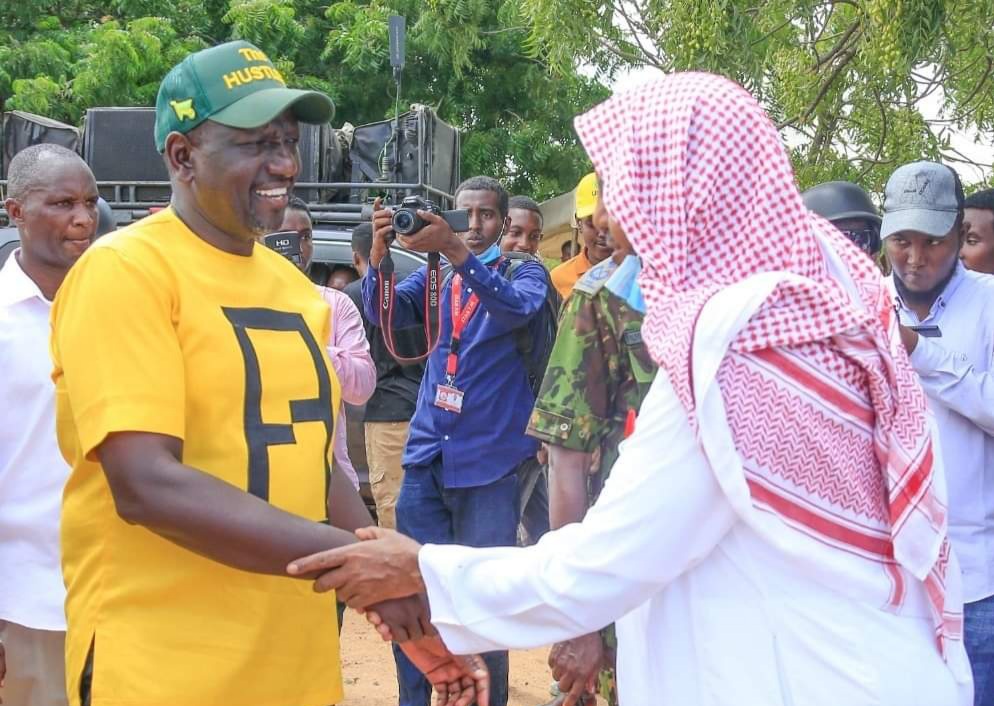 WAJIR—At the height of the ongoing political alignment and formation, the United Democratic Alliance party (UDA) is losing track of it’s support base in Wajir County, offering an opportunity for its competitors to fill the gap.

According to several aspirants Kulan Post spoke to who are allied to the UDA, a communication breakdown between them and the party headquarters is to be blamed.

They said that the access to the party leadership at the headquarters is being derailed by individuals close to the Deputy President, William Ruto. Several attempts by the interested aspirants to meet with the DP in a bid to voice their concerns and lay their strategy on the table for the party roll-out in the county was stalled and no date given for future meeting.

Banking on their frustration and the void created by the confusion by the UDA handlers for Wajir, the Orange Democratic Movement (ODM) through UPYA is gaining ground. It’s planned that the UPYA movement will be launched in Wajir next year.

“A lot of the aspirants who wanted to vie on a UDA ticket are being convinced daily that the party is not structured to accommodate them. UPYA and ODM politicians are pitching themselves as the viable option,” an aspirant who requested not to be named, intimated to Kulan Post.

Seven months to the the General Elections,  UDA has no office in Wajir County. Additionally,  during the party popularisation and member registration exercise in July, no serving politician attended the launch nor publicly supported the program. The popularisation activity was undertaken by political hopefuls led by Siyat Jimale and Said Hashi.

In Garissa and Mandera, the same exercise was spearheaded by serving politicians who, competitively, either unveiled the party offices or led the popularisation campaign.

Unlike the two other counties, Wajir county does not have a political figure that aspirants can use to directly engage with the party leader.  In Garissa, Duale plays the part while Governor Roba serves as the conveyor belt to the Deputy President for Mandera aspirants.

The last leader to decamp from Wajir County and who was close to the DP has publicly stated his stand on the UDA affiliation.

“I am not affiliated to the DP (Ruto) nor am I member of the UDA party” declared Wajir governor,  Ahmed Werar during the inauguration of his Deputy in Wajir.

Currently, Ahmed Kolosh of Wajir West and nominated MP, Nasri Sahal are the only two leaders allied to the Deputy President.  Kolosh was sponsored to the National Assembly by the Jubilee party while Nasri was nominated by FORD-Kenya.

With few months to the polls, clan endorsements and formation of line up for county political posts gaining momentum, Wajir County has no single line up warming up to the UDA. Instead, most  of the candidates are wooing the ODM party officials for place ahead of the party primaries.

In the last one month, one fundraiser was held in Rhamu and another two in Nairobi. In the Nairobi events, Al Fatah in Wajir and Mustaqbal in Garissa held fund-drives in support of their institutions.

The Rhamu and the Mustaqbal events were crowded by political figures allied to the Deputy President,  while the Wajir based Al Fatah was mainly attended by the UPYA movement brigades led by the Cabinet Secretary for Finance, Ukur Yattani.

“This has created a clear picture of the feelings on the ground,” observed Siyat Jimale,  an aspirant for Eldas constituency and an official of the UDA party in Wajir.

He addded that the “seemingly significant loss of ground” was fanned by “a lack of coordination and proper communication channels between the party hopefuls from Wajir County and the party headquarters in Nairobi.”

“The missing link is the lack of proper structure which we tried severally to build and maintain without the support of the two MPs from Wajir who are allied to the DP,” he added.

Siyat blamed people he reffered to as “confidante of the Deputy President from Wajir County” of being behind the mess.

Another aspirant for the MCA post for Banane Ward and a top party official, Said Hashi denied that the party is unpopular, predicting that it will have the most of the next elected MCAs in the local assembly.

“UDA Party is popular in Wajir. Infact we will have an outstanding majority in the next County Assembly when we go the poll next year,” he said.

He added that: “We got no obstacle meeting our party leader (Ruto) only that he is engaged in earth scorching campaigns across the country.”

The country is preparing for the 2022 General Elections slated for August as political candidates for varied posts are prepping for charm offensive.